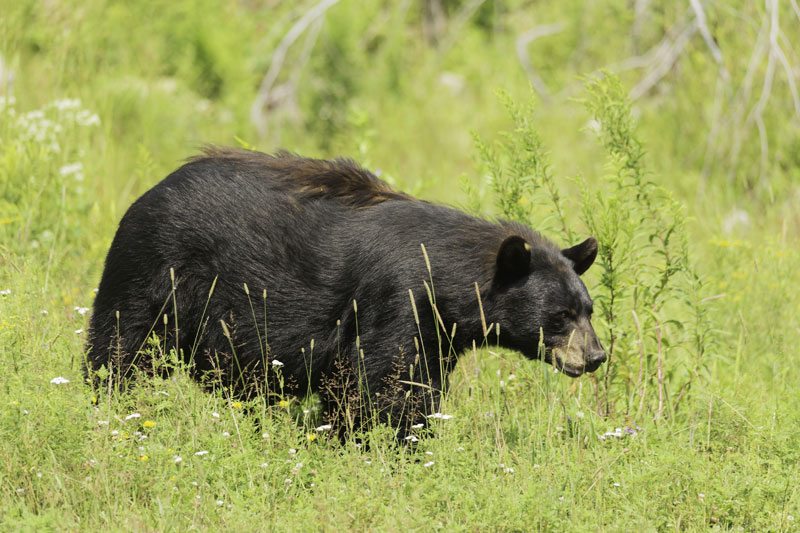 The province’s decision to ban spear-hunting likely won’t affect many Albertans, but a local hunter says it could be the start of a slippery slope. The government announced Wednesday it is updating provincial regulations to limit hunting tools to rifles, shotguns and conventional archery gear.

The move follows public outcry over a YouTube video posted in 2016 that showed a hunter killing a bear with a spear and celebrating his kill. Brian Bildson says not allowing hunting with spears and spear-throwing tools like atlatls was likely an easy one for the government.

“But I think at the end of the day, if you look at why that decision was made, it wasn’t made for management reasons; while harvesting a bear with a spear may not be your cup of tea or mine, it’s obviously still an effective way of killing a bear.”

Instead, Bildson argues the decision was made based on what society thinks, which he equates to the recent end to the grizzly bear hunt in British Columbia. In that case, B.C.’s Minister of Forests, Lands, Natural Resource Operations Doug Donaldson said it was clear the grizzly hunt was not in line with residents’ values.

After the video went viral, the province says it consulted with hunting groups, and received more than 3,900 responses from the public about new regulations. While there are reportedly very few hunters who will be affected by the ban on spears, Bildson worries it could lead to more restrictions.

“As a hunter I’m always cautious when we start losing privileges, because to me hunting is sustainable, it’s an important management tool, and it’s a very important of my heritage and my family.”

President and CEO of the Alberta Conservation Association Todd Zimmerling agrees with Bildson, who is also on the association’s board. He argues his fellow hunters need to make sure they don’t give the government any more reasons to make further restrictions.

“We have to ensure that we spend a lot more time talking to the general public, the non-hunting public, about what it is we do, how we do it, the steps we take to ensure we’re making ethical and humane kills, how we use the animal, how we make sure we’re not wasting. All those things are part of what the discussion has to be so that people aren’t just have a visceral reaction to something they see on YouTube.”

Zimmerling argues the hunting community can see the ban as a positive move, as it shows their concern that any method used can be proven to be humane and ethical. He expects the province will be willing to add more tools to their legal list if they can be show to fit that criteria.

Starting in the 2018 hunting season, conventional bows and arrows, crossbows and bolts, rifles and ammunition, muzzle-loading firearms, shotguns and ammunition will all be allowed. The maximum fine for using a weapon not on the list is $50,000, a year in jail, or both.