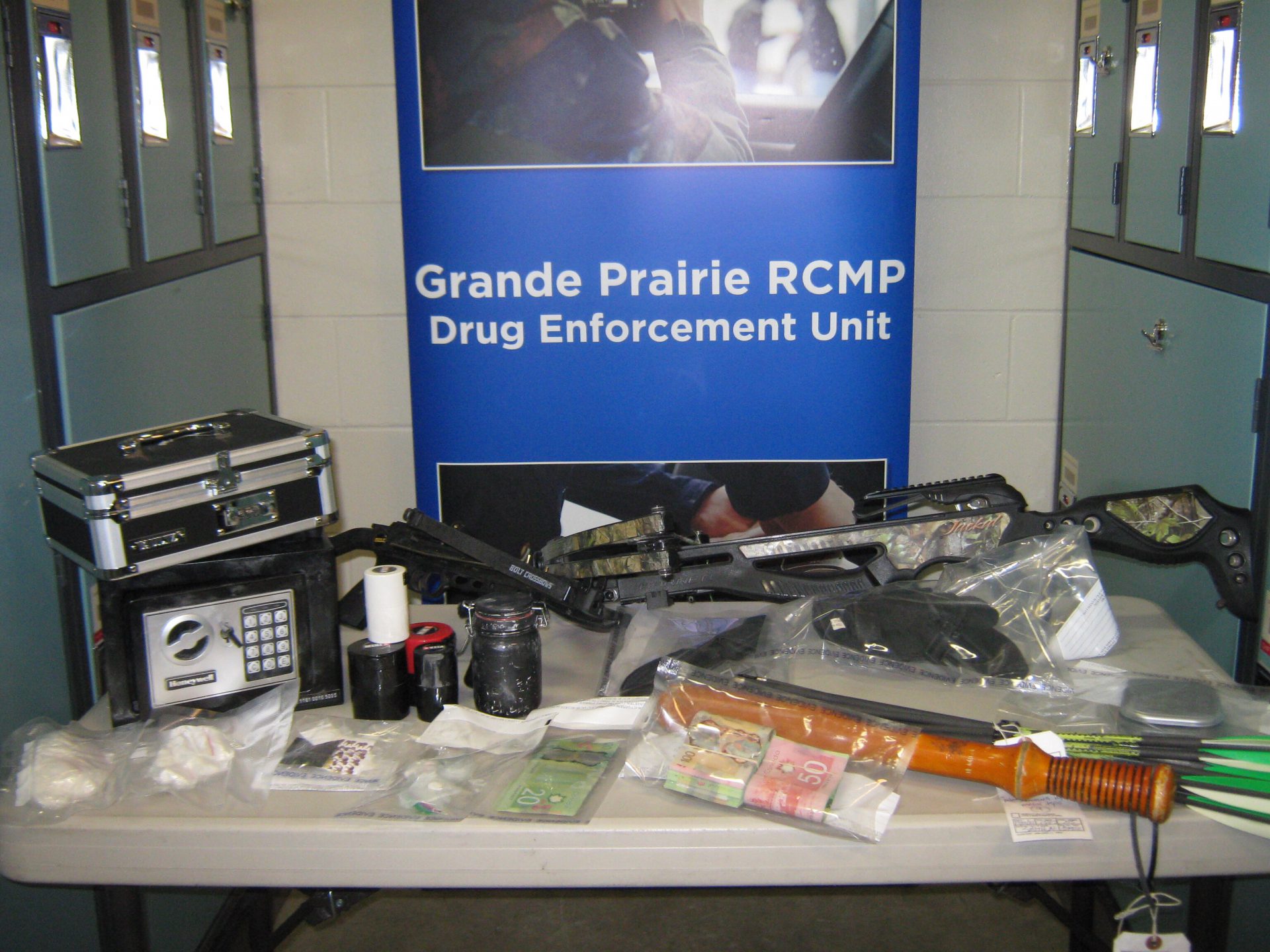 RCMP have laid charges after a month long investigation by the Grande Prairie Drug Unit. 33 year-old Glenn Baker and 44 year-old Twila Letendre were both arrested after officers executed a search warrant on a home on Thursday.

During the search RCMP say they found cocaine, meth, a small amount of heroine, OxyContin and over $3,000 in cash. Both Baker and Letendre are facing charges of possession for the purpose of trafficking, possession of a controlled substance and possession of the proceeds of crime.