UPDATE: McLennan RCMP have arrested and charged 31 year old David Neufeld of Tillonsburg, Ontario. He is facing charges of robbery and disguise with intent. Neufeld has been remanded in to custody and will appear in court in Fahler on January 4, 2018.

A Falher business was robbed at gunpoint Tuesday night, and RCMP are looking for a suspect. The armed robbery happened around 10 p.m., when a man approached an employee at the cash register and demanded money while pointing the weapon.

McLennan RCMP say the suspect made off with an undisclosed amount of cash and fled on foot. The victim wasn’t injured.

An investigation is now underway and police have released surveillance footage in the hope the public can identify the person responsible. Anyone with information should contact McLennan RCMP or Crime Stoppers. 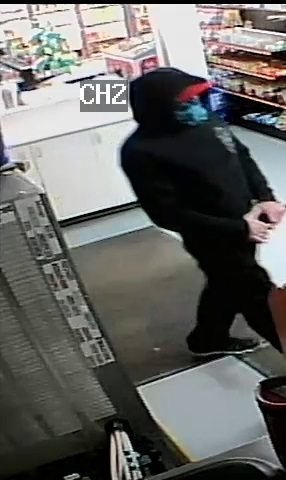