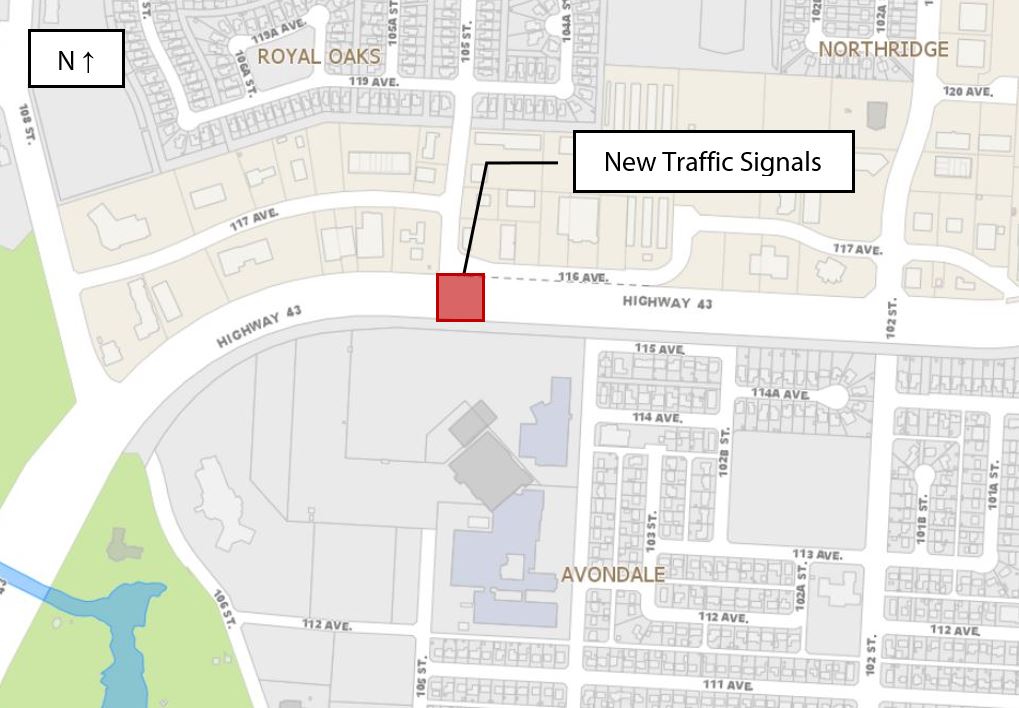 UPDATE #2: The new traffic signals will now be activated the afternoon of Friday, December 22nd. The City says a “minor fault” to the back-up power supply system was found during inspections.

“To ensure the safety of the public in the unlikely case of a power interruption, project representatives
made the decision to delay the activation of these traffic lights until a replacement part could be installed,” it says in a release.

UPDATE: The City says the lights will no longer be activated Tuesday afternoon. Further information is expected this afternoon.

The new traffic lights on the bypass will be activated the afternoon of Tuesday, December 19th. Located at the intersection of 116 Avenue and 105 Street, they were installed as part of the City of Grande Prairie’s 2017 capital budget.

A north to south crosswalk will also come into effect for residents and students of the nearby schools. Drivers are reminded to use caution in the area, and watch for any pedestrians crossing the road.