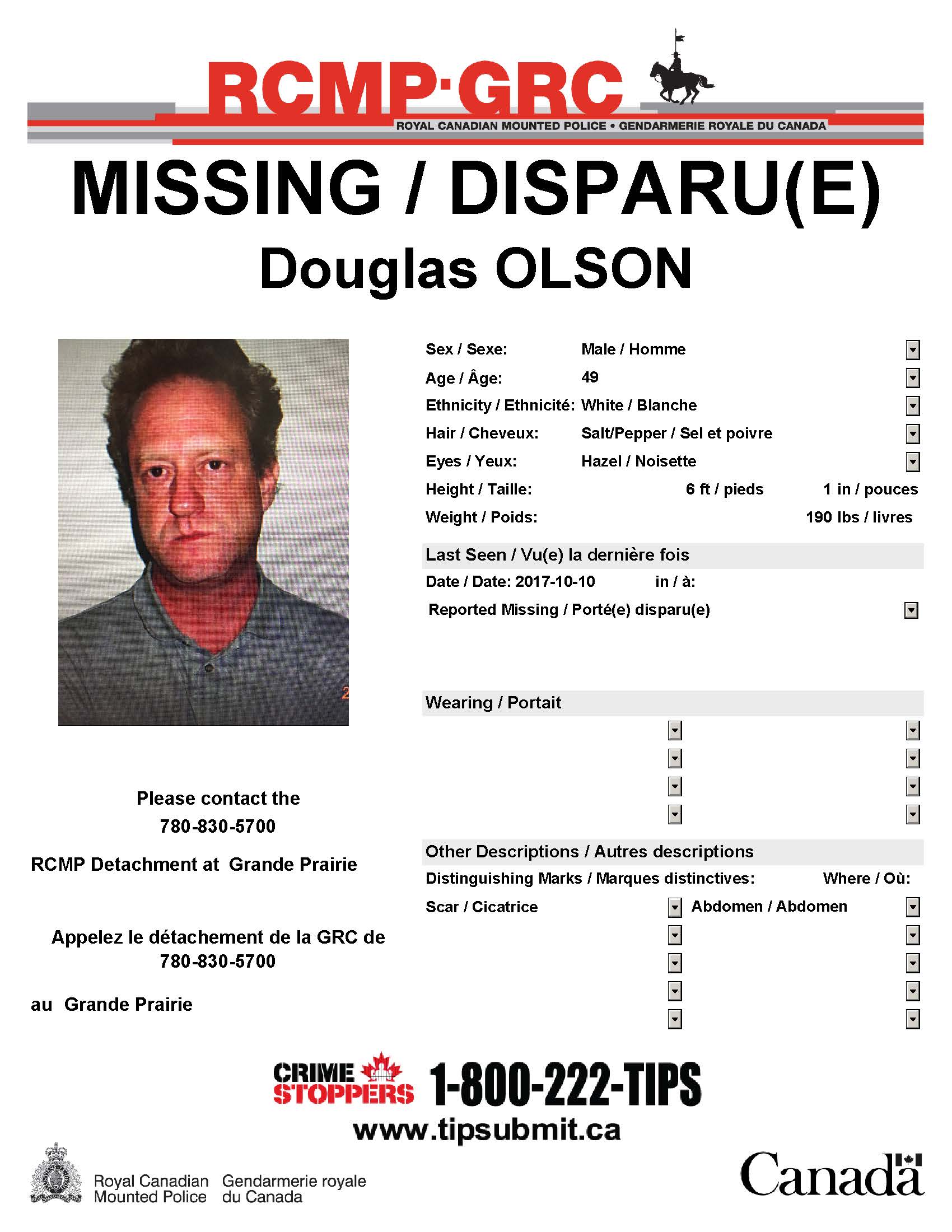 Grande Prairie RCMP have reached out for the public’s help finding a missing man. 49 year old Douglas Olson was last seen in the city on October 10th and was reported missing Wednesday, December 6th.

Olson is described as Caucasian, 6’1″ and 190 pounds with grey hair and hazel eyes. He has a scar on his abdomen.

Police ask anyone with information on his whereabouts to contact the detachment or Crime Stopper.