Grande Prairie seemingly ahead of the rural crime fight 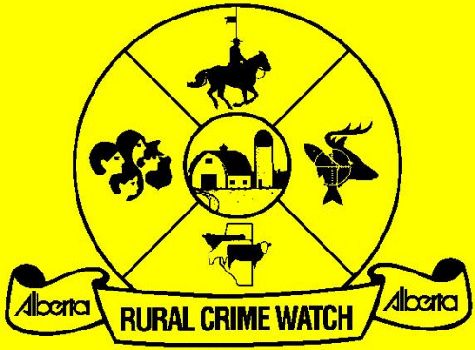 The Peace country is reportedly ahead of the game when it comes to rural crime. After concerns were raised in the legislature about the level of crime in smaller communities, a look around Grande Prairie indicates that steps taken when crime numbers were at their peak have made a major impact.

Grande Prairie and District Rural Crime Watch director Wayne Davies says back in 2015 they were struggling with a number of “chop shops” around the county. He says the RCMP have increased their officers since that time and created gang units to address the problem.

“They’ve shut down these drug houses, chop shops, and with that there has been a reduction. [That’s] not to say that the crime has gone away, it’s just not as severe as it was.”

Davies says they continue to deal with “lone wolves” who will steal a car or snoop around properties but it doesn’t compare to what they were seeing two years ago.

“Our own Crime Watch phone, if it’s just something that’s not right that’s when they phone us. We have a ledger going so that if we get two or three complaints on the same thing we can actually report it to RCMP and just tell them it’s a hot spot. But our number of calls is down significantly; we probably get two or three calls a month. That’s all.”

Rural Crime Watch members help to serve as additional sets of eyes for law enforcement, especially in more remote areas. They are not advised to confront any suspects, but they are told to report any suspicious activity.

Davies says at one point the group was putting out two or three alerts per week through their fan-out system. He adds better communication between them and the RCMP has made a big difference.

Davies says he hopes other communities could benefit from the way the City of Grande Prairie has organized their RCMP detachment “with special details aimed at organized crime.”

“The city and the county were very good at providing us with additional resources. This allowed us to create specialized teams to start focusing on certain areas. Now, it was sort of a crime reduction strategy as a whole that was developed and there was multiple parts to that.”

Ferguson says one of the main focuses was ensuring that all resources were being used efficiently. A crime reduction team was created and they added a second analyst and an additional investigation section with a specific drug focus.

“We wanted to make sure that our front line members had the best information possible to be able to be in the areas they needed to be at the times they needed to be. So it was very much so that we developed an evidence based approach; we call it a ‘CompStat’. It’s a model that’s use quite regularly in major cities.”

CompStat can help to identify where crime is happening as well as the more prolific offenders or those that are causing the most problems. It can also identify specific days of the week when crimes are happening or even times of the day. It allows managers to assess the data and use resources at times when they believe they will be the most useful.

Ferguson says the success they have seen is also credited to the support services that are helping around town. He says dealing with the root causes like poverty and drug addiction is they best way to see long-term improvements.

Ferguson believes that these methods could work in other smaller communities around the province but says the key is strategy and planning. He says a senior member of the RCMP is consulting with communities who are doing a variety of different things to see what is working and what isn’t.

He adds the RCMP would like to have more resources, but at the end of the day, the systems that maximize the efficiency of their resources are key. In his new role as RCMP Chief Superintendent for the Alberta western district, Ferguson points to some noticeable decreases in crime across the province.

Ferguson says community plays a key part, as little things like locking vehicles in the winter and reporting suspicious activity to RCMP can go a long way.