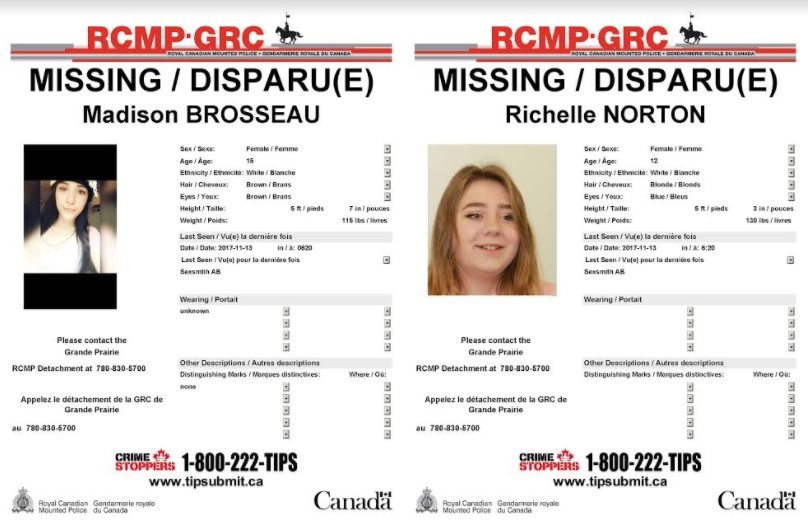 UPDATE: RCMP say both girls have been located unharmed.

RCMP have reached out to the public for help finding two missing girls. 15 year old Madison Brosseau and 12 year old Richelle Norton were last seen in Sexsmith at 6:20 a.m. Monday.

Police ask anyone with information on their whereabouts to contact Grande Prairie RCMP or Crime Stoppers.