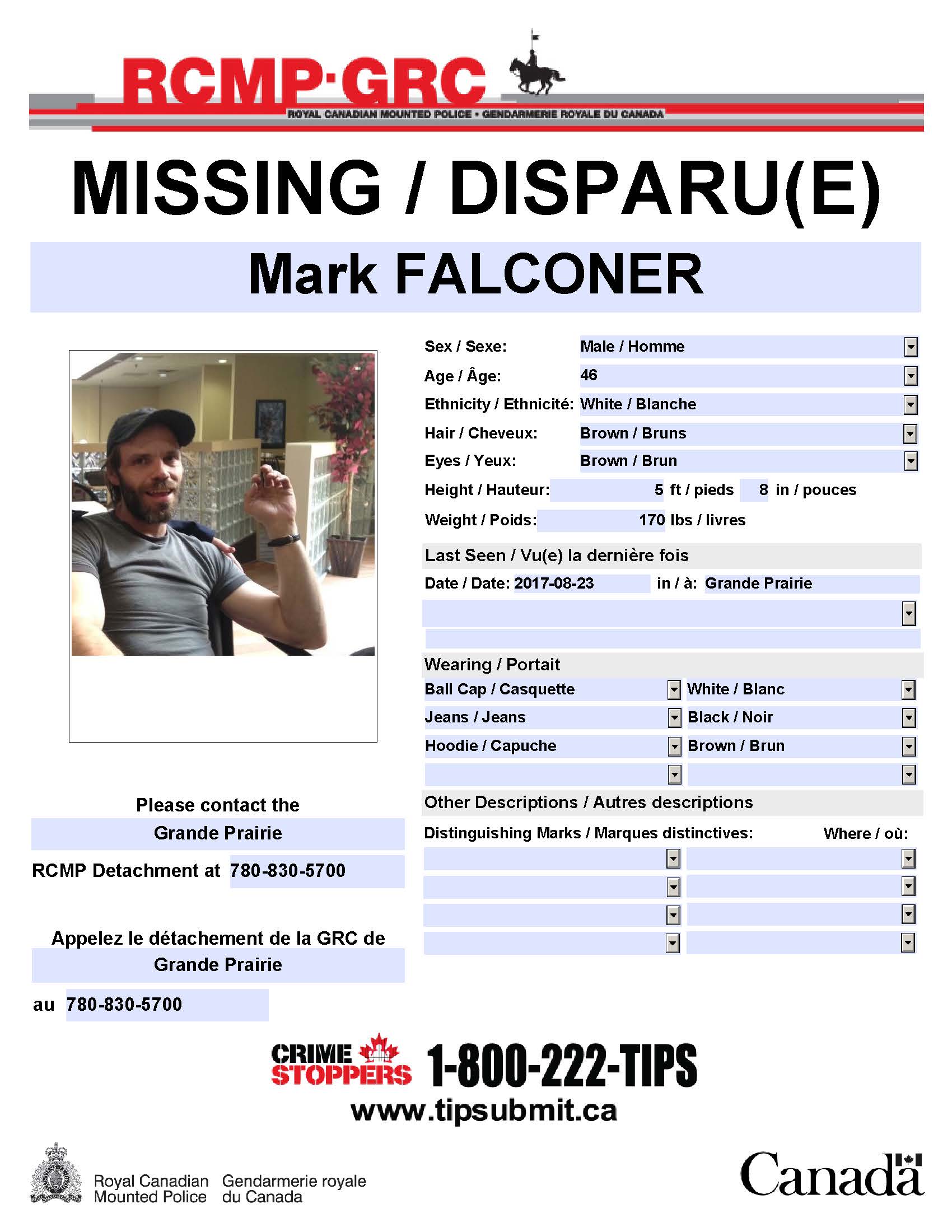 RCMP are looking for 46 year-old Mark Falconer. He was reported missing on October 8 and was last seen on August 23 in Grande Prairie.

Falconer is described as Caucasian, 5’8″ and 170 pounds with brown hair and brown eyes. He was last seen wearing a white ball hat, a rust coloured hoodie, black jeans and brown boots.

There is a concern for his well-being and the RCMP would like to locate and speak with Mark Falconer or anyone with information on his whereabouts.