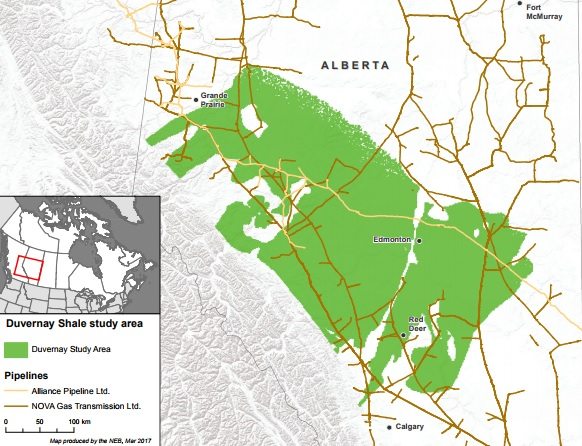 A new study has found the Duvernay field holds enough natural gas to cover Canada’s consumption for the next 25 years. For the first time, the National Energy Board has taken a close look at reserves in the Duvernay Shale region, which runs from just below Grande Prairie from just north of Calgary and east of Edmonton.

To compare, the Montney basin has the potential for 449 Tcf of marketable natural gas, while the Liard Basin holds an estimated 219 Tcf.

Overall, there are 165 billion barrels of oilsands reserves still remaining in northern Alberta.