One acclaimed in MD of Greenview municipal election 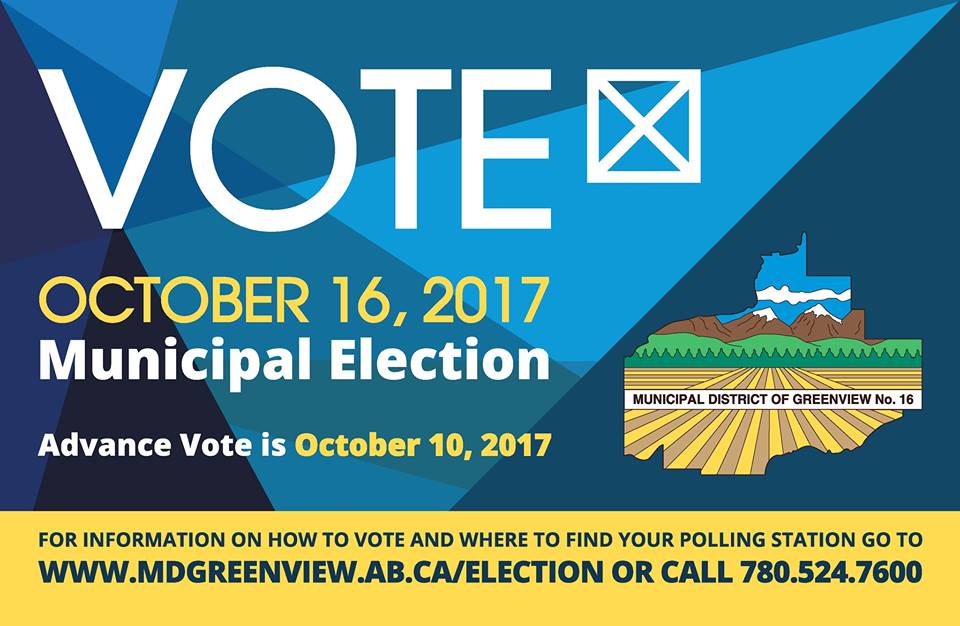 Seven of eight wards in the MD of Greenview are up for election this fall. Incumbent Dale Smith has been acclaimed as Ward 5 (New Fish Creek) councillor, but there’s at least two in every other.

All current officials are running again. In Ward 1, incumbent George Delorme is up against Winston Delorme, and in Ward 2 (Little Smoky) incumbent Dale Gervais is running against Bill Hanson. Ward 3 (Valleyview) will see incumbent Leslie Urness against Frank Besinger, while incumbent David Hay will be on the Ward 4 ballot with Gerald Acton.

In Ward 6 (Debolt), incumbent Tom Burton is facing off with John Bandzul, the three candidates for Ward 7 (Crooked Creek are incumbent Roxie Rutt, Bill Harder, and Warren Wohlgemuth, while the three in Ward 8 (Grovedale) are incumbent Bill Smith, Tammy Day and Lesley Vandemark.

One councillor is elected in each ward, and they then select their reeve and deputy reeve. In 2013, five councillors were acclaimed.