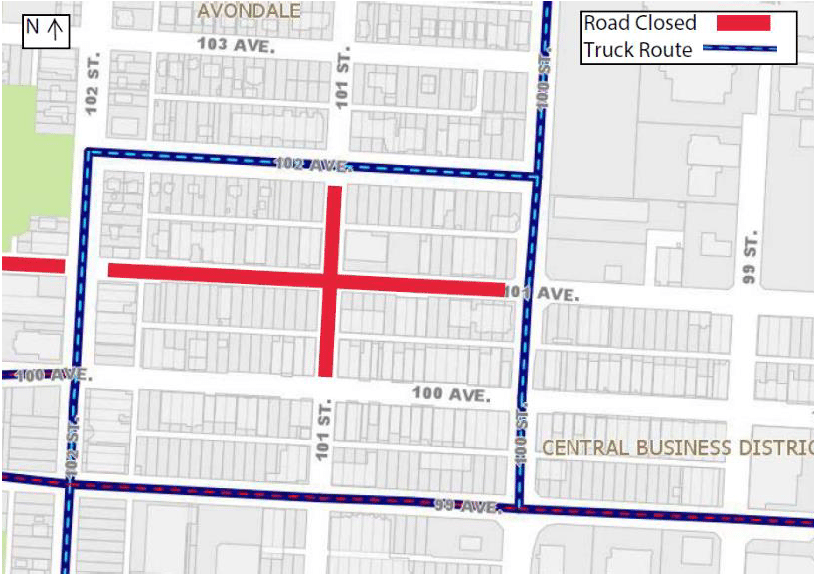 The intersection of 102nd Street and 101st Avenue by the entrance to Muskoseepi Park has reopened to traffic. That means parts of 102nd Avenue and 102nd Street can again be used as a truck route.

102nd Ave was closed in early June so storm, sewer and water lines could be installed as part of the city’s downtown rehabilitation project. 100th Street and 102nd Street are also used to move trucks around the downtown core.

101st Avenue is still closed from 100th Street to 102nd Street, along with 101st Street from 100th Avenue to 102nd Avenue. The city has thanked the public for their patience during the closure.