Block of 101 Street downtown to reopen 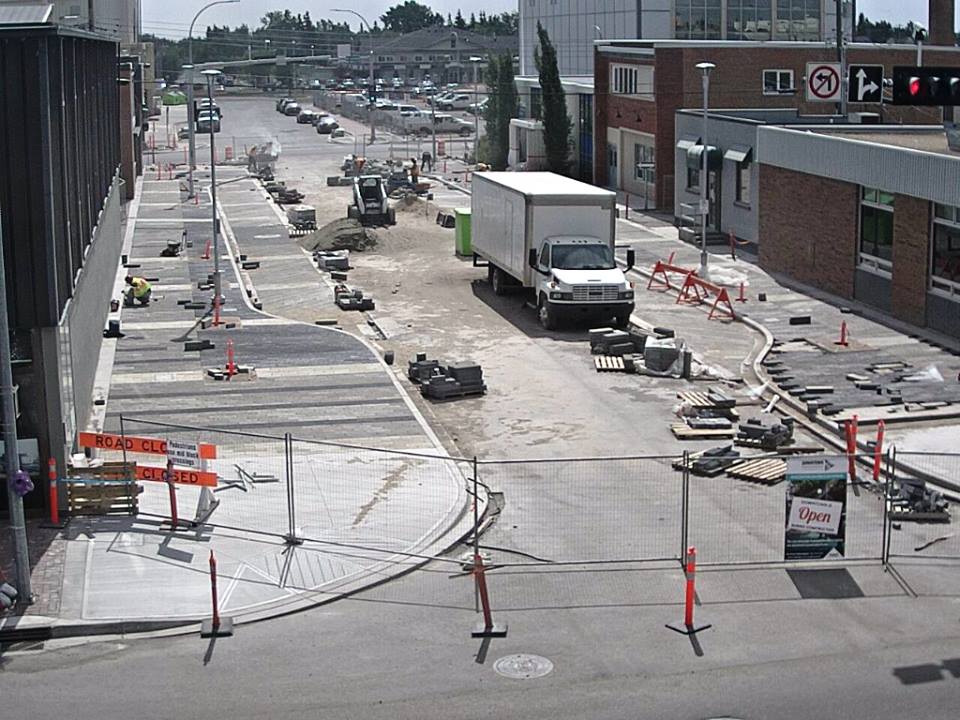 101st Street between 99th and 100th Avenue will reopen tonight. While traffic will be able to make their way through, parking will still be closed off.

That stretch of road has been under construction since early June to finish installing sidewalks and paving stones. The work wasn’t finished in time last summer due to poor weather.

The City says there will need to be four more temporary closures of the road to finish extra work. The first will be on Thursday, August 17th, It will be shut down for four hours so crews can pour concrete on the sidewalks at the intersection of 101st Street and 100th Avenue.

Paving will also be done from Saturday, August 19th to Monday, August 21st. The block will be closed for three short periods during that time.

Earlier this week, 100th Avenue at the intersection of 101st Street reopened to two lanes of traffic, and 102nd Street between 100th and 102nd Avenue has also reopened to one lane in each direction. 101st Street is still shut down from north of 100th Avenue to 103rd and 101st Avenue is still closed to vehicle traffic and parking between 102nd Street and 100th Street.