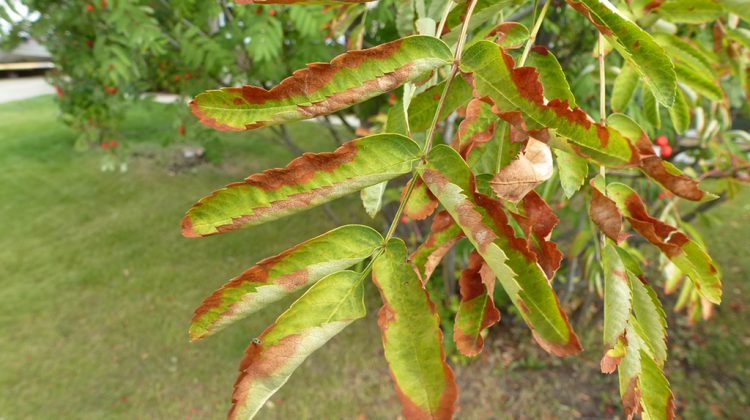 It’s been several weeks since Grande Prairie has seen significant rainfall, and its starting to show. The city’s parks department says local trees are showing signs of drought stress, which is forcing some into early dormancy.

Some of the symptoms include yellowing leaves and dying branches, and without some relief, they could be killed over the winter. The city is asking residents to consider watering their trees and shrubs over the next few days to help, as they will need enough reserves to last them through to next spring.

In order to properly water a tree, people should turn their hose to a trickle, and leave it where rain would normally drip off of its branches. It should be left in several spots for a total of an hour.

“Grass consumes a significant amount of water so shallow, frequent watering does little to
help trees” it’s explained in a release. “Deep, infrequent watering (once every two weeks for mature trees) is much more effective.”

Make sure to check moisture levels before watering, as if the soil is already wet, the tree could be drowned by over-watering.

The stress on the trees can be see in those in the background, compared to those that have been well watered, City of Grande Prairie