Road closures downtown will be changing next week. Starting Tuesday, 102nd Street by St. Paul’s United Church and Laser Tag Central between 100th Avenue and 102nd will be temporarily closed to vehicle traffic and parking.

Drivers can detour using 102nd Avenue, and signs will be posted. Vehicles won’t be allowed to turn left on to 102nd Street from 99th Avenue near 214 Place like usual.

Crews will be replacing underground infrastructure like storm, water and sanitary lines as part of the downtown rehabilitation project. It’s expected 102 Street should reopen by the end of next week. 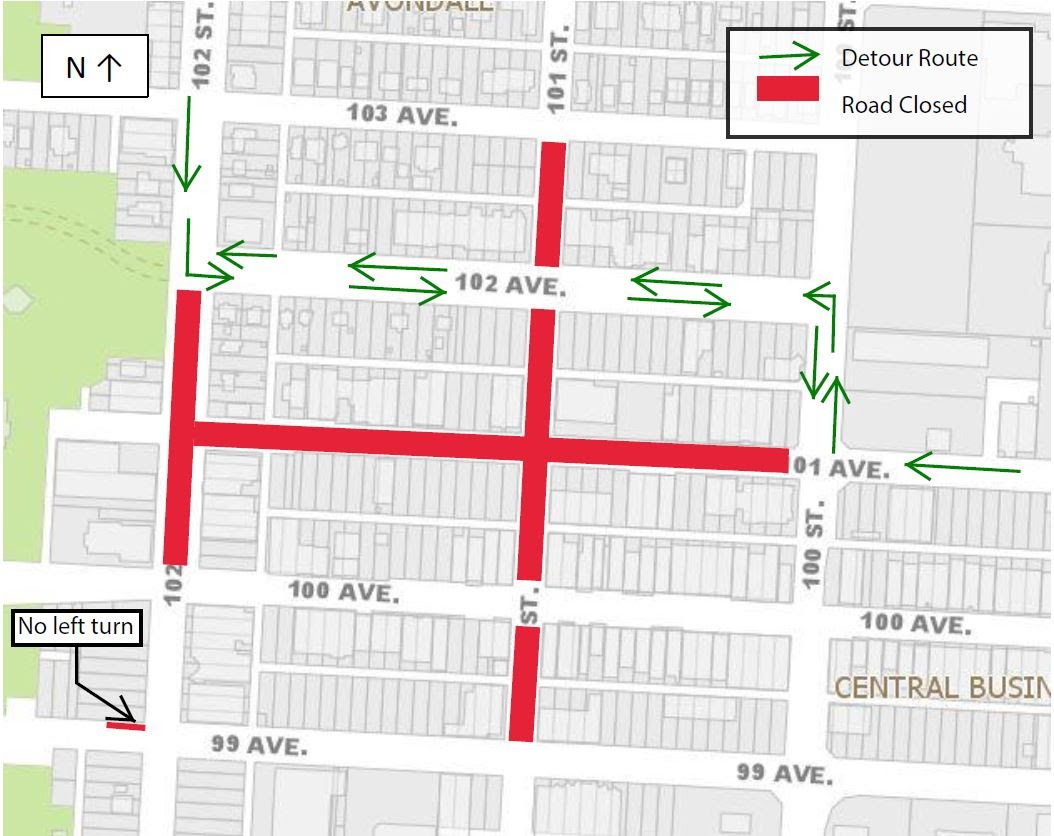