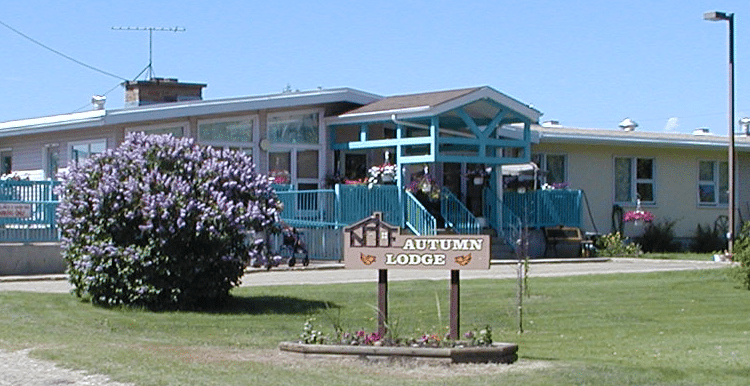 The seniors lodge in Berwyn is being closed down. The Autumn Lodge was built in 1959 and it’s estimated it would cost close to $10 million to bring it up to today’s standards.

In a release, the North Peace Housing Foundation explains that the room design at the time was considerably smaller than what’s considered appropriate for a modern senior, and there isn’tproper space for things like wheelchairs, walkers and ramps. When preparing to have sprinklers installed, asbestos was also found in some of the building material.

“The issues surrounding the facility became overwhelming, and a decision of the Board of Directors came this week,” the foundation writes. “Autumn Lodge needs to be replaced.”

Even if the municipality or province coughed up the funds to upgrade the building, it would only cover the inside, meaning there would still only be 41 rooms. That would lead the lodge would continue to operate at a substantial operating deficit, which reached $340,000 in 2016.

“With the vacancies that have accumulated over the past several years, Heritage Tower now too is operating in a deficit position,” it’s explained. “The projected three year accumulated deficit to the end of 2017 is close to $1 million. Lack of economies of scale, given the cost to provide supportive living services, and the age of the facility are the two most significant contributing factors to that deficit.”

However, the foundation believes their shortfall could be eliminated if they combine the Berwyn facility with Heritage Tower in Peace River. Their plan is to wind down operations at Autumn Lodge over the next three months, moving residents and staff into Heritage Tower Lodge by the end of September. Employees could also choose to be reassigned to Harvest Lodge in Fairview.

Looking further ahead, a reconfiguration project in Manning is underway with plans to be done in 2018. The foundation says it has also done preliminary design work on an addition to Harvest Lodge and is prepping the land for a new supportive facility in Peace River. Grimshaw is also being looked at, but further in the future.