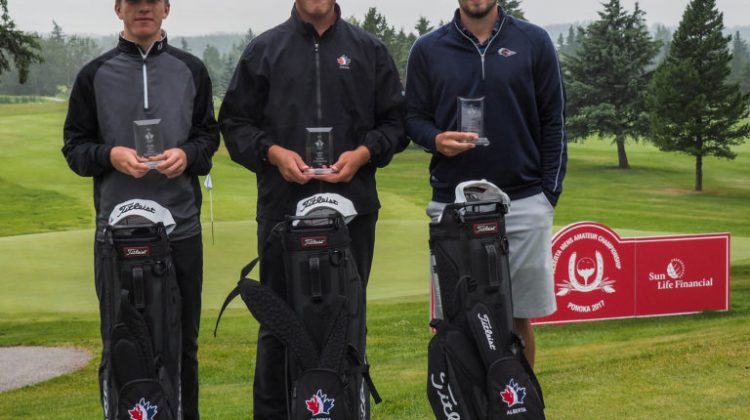 Max Sekulic came close to winning the Alberta Men’s Amateur Golf Championship in Ponoka, but ended up with a thrilling finish for second. The 17 year old from Rycroft lead the tournament for the first three days, but was outpaced by 2015 winner Brett Hogan Friday.

The Grande Prairie Golf & Country Club member was two strokes back of Hogan when they teed off at the 18th hole, but while Hogan missed par, Sekulic drained a long birdie. That took them to playoff holes, and 23 year old Hogan came out on top on the second.

The two will next be joined by Carter Graf to form the Alberta Willingdon Cup team. They will represent the province at the Canadian Men’s Amateur Championship in Toronto and Mississauga from August 7th to 10th.