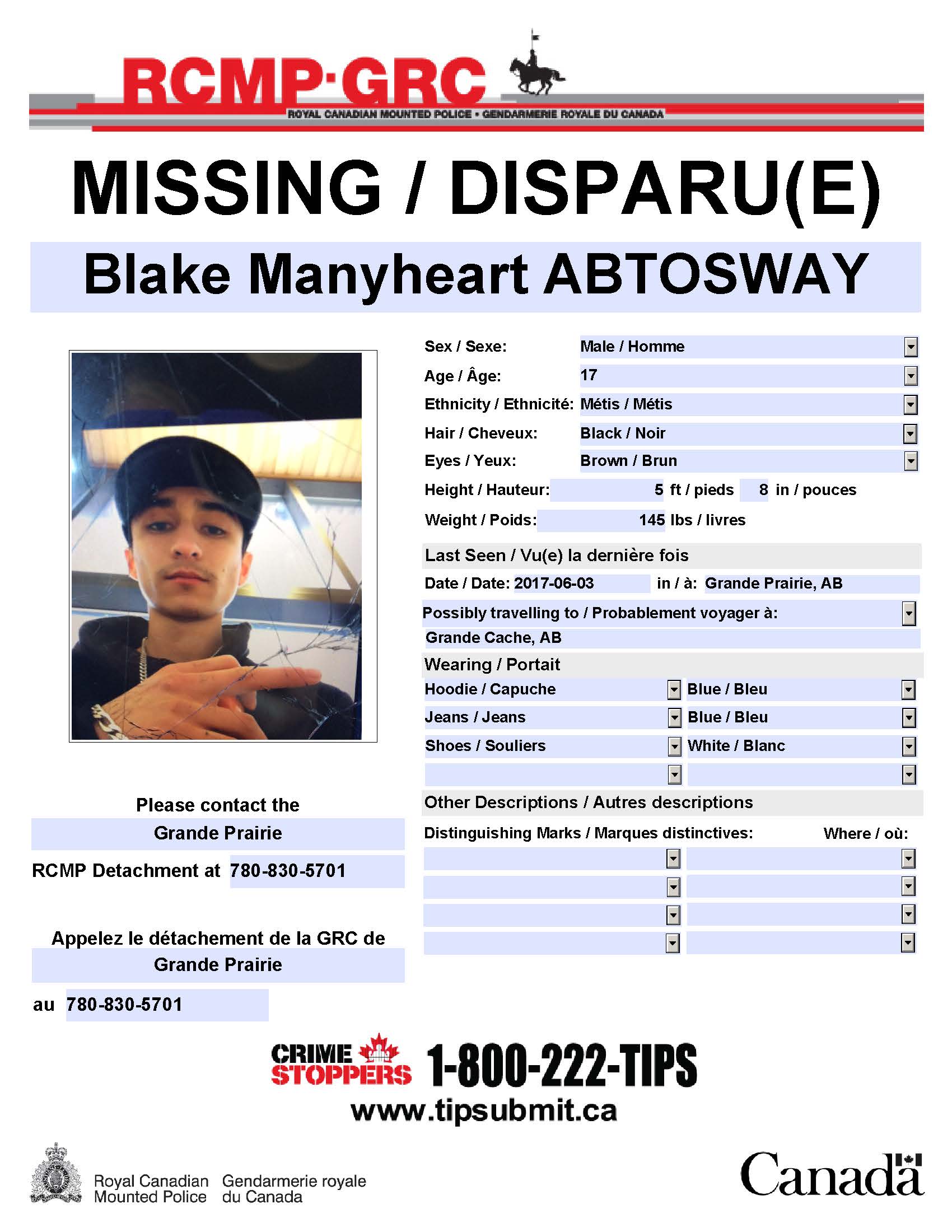 Grande Prairie RCMP have released a more recent photo of a teen that’s been missing since early June. 17 year old Blake Abtosway was reported missing in the city on June 3rd.

He’s described as Métis, 5’8″, and 145 pounds with brown eyes and black hair normally worn in a ponytail. He was last seen wearing a blue hoodie, blue jeans, and white Nike shoes.

Police say there’s concern for his wellbeing and want to find and speak to him ASAP. Anyone with information on his whereabouts or who has been in contact with him is asked to contact RCMP or Crime Stoppers.