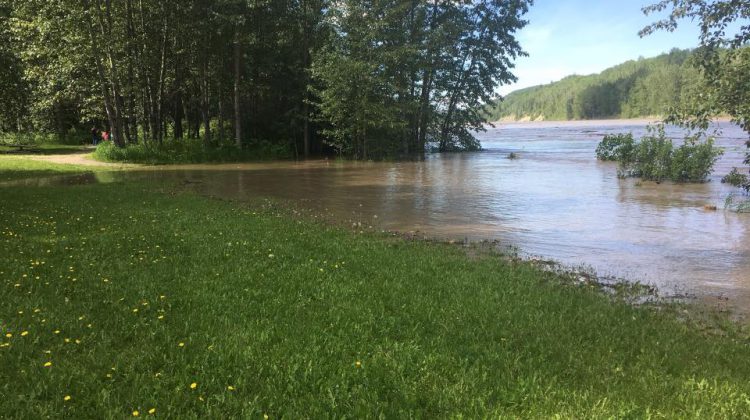 The search for a boater missing since Saturday continues. Grande Prairie RCMP say the man and two women had been travelling down the Smoky River Saturday when their canoe capsized.

The three were able to grab on to a log and float for several hours, and the two women were eventually able to swim to shore. The man was too reportedly too tired to try.

Police, Grande Prairie Technical Search and Rescue, fire departments from Grovedale and the County of Grande Prairie, and STARS Air Ambulance were called in to search the area near River Stone Golf Course in Sexsmith. The women were found on the side of the river and were suffering from hypothermia.

The ground search for the missing man has had to be suspended due to dangerous conditions like high water levels, fast moving water, and large debris floating down the river. A search using an RCMP Air Services helicopter and a privately owned helicopter is still on.

Alberta Parks closed O’Brien Provincial Park due to high water levels on the Wapiti River Saturday. The Grovedale Fire Department has asked residents not to do anything on or near the Wapiti and Smoky Rivers until further notice as they are at dangerous levels.

Update: 15:40 Alberta Parks has closed obrien on the wapiti to the public.We are advising the public that the smokey…