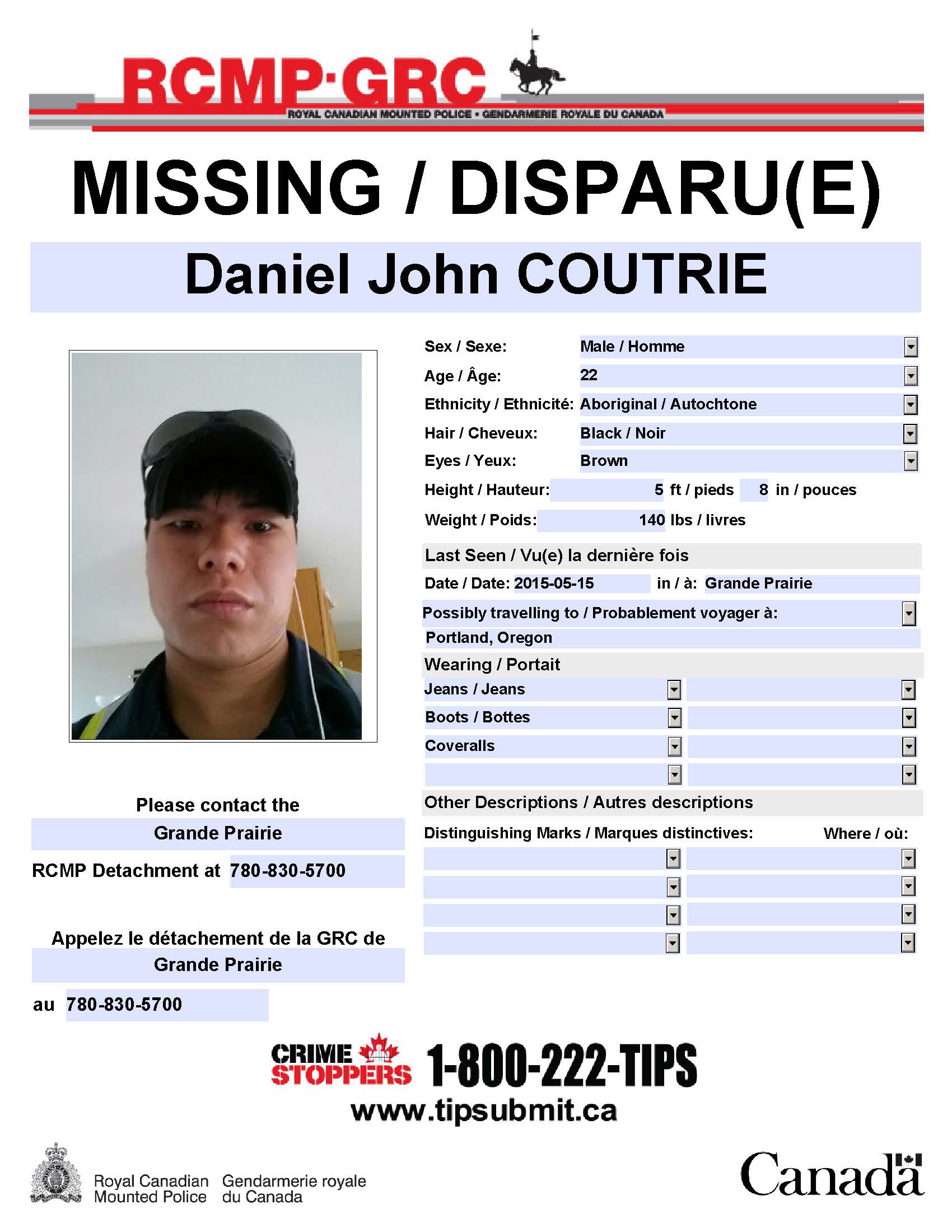 UPDATE: Coutrie has been located safe and unharmed.

Grande Prairie RCMP have reached out to the public for help finding a missing man. 22 year old Daniel John Coutrie was last seen in the city on May 15th. Police say he may be trying to get to Portland, Oregon.

Coutrie is described as Aboriginal, 5’8″ and 140 pounds with black hair and brown eyes. He was last seen wearing jeans, boots and coveralls.

RCMP say there’s concern for his well being, and ask anyone with information on his whereabouts to contact the detachment or Crime Stoppers.