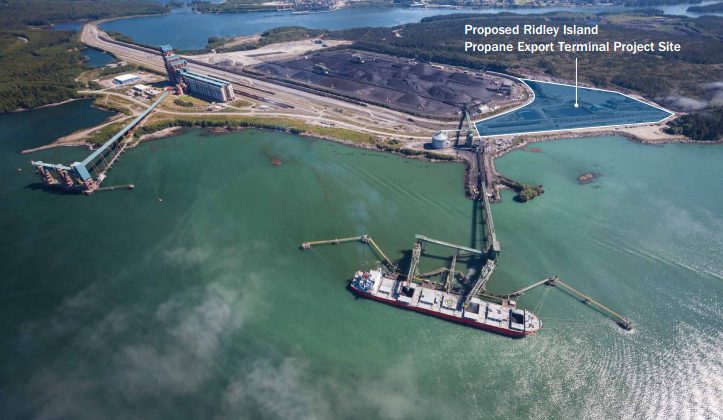 Propane from the facility will be taken by rail to AltaGas' Ridley Island Propane Export Terminal Project, AltaGas

A new natural gas plant could be coming to the Montney shale gas formation. AltaGas has announced plans to build a $100 to $110 million U.S. facility with an unnamed oil and gas producer.

It would be able to process 120 million cubic feet of gas a day. The company says it will be separate from its current operations, but hasn’t disclosed whether it will be located in B.C. or Alberta.

Along with the processing plant, a $60 to $70 million U.S. natural gas liquids separation train and rail terminal will also be built. That part will be wholly owned by AltaGas and should have access to the CN Rail network to carry propane to the Ridley Island Propane Export Terminal on the coast of northwestern B.C.

As long as they get all the regulatory approvals needed, the facilities are expected to be up and running in early 2019.