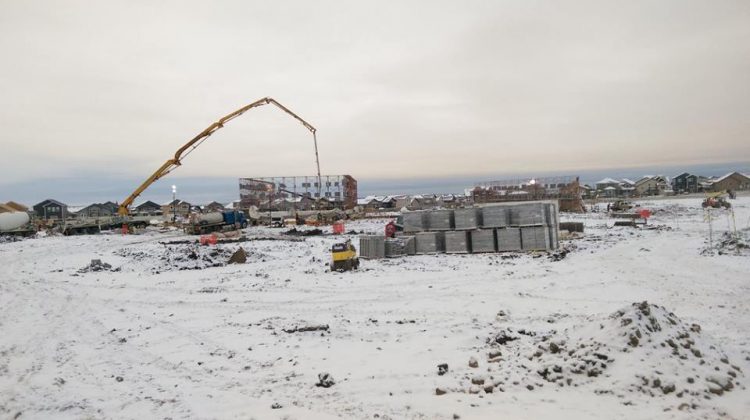 The new school in Whispering Ridge will open to K to 8 students next fall. Peace Wapiti School Division has originally planned to first let in K to 6 students and then phase in grades 7 and 8 over the next couple of years. However, Superintendent Sheldon Rowe says they heard that would be too complicated for many families.

“We ended up with some families that were in all three schools; younger kids were in Whispering Ridge, grades 7 to 8s ended up being at Harry Balfour, and then some 9, 10, 11, 12 were at Peace Wapiti Academy. Some parents asked if we would take a look at opening up Whispering Ridge as a K to 8.”

A survey found around 65 per cent of parents supported the change. Rowe says the move may also actually save them some money.

“Because in order to facilitate a K to 6 in one place and then a 7 and 8 somewhere else and then 9 to 10 somewhere else, you’re going to have more buses in motion. Opening it up as a K to 8 means some of those shuttle buses are eliminated.”

That being said, an extra $680,000has been committed to make sure all the resources needed for the grade 7 and 8 students is there from the start.