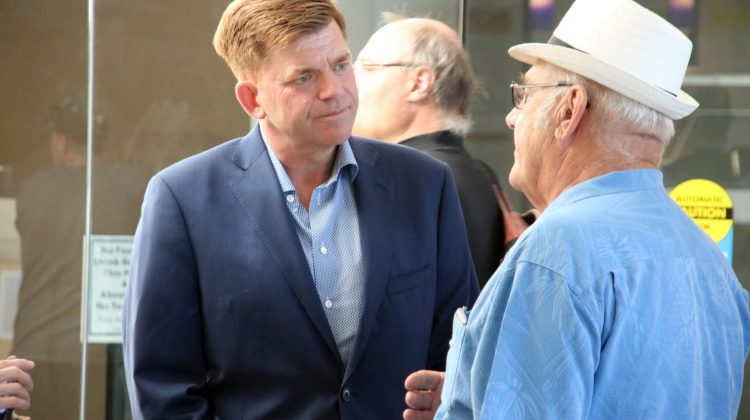 Wildrose leader Brian Jean has been touring the province, and made a stop in Grande Prairie Wednesday night. When speaking with Albertans, he says the number one concern he’s hearing is the lack of jobs and the economy.

He places part of the blame on the NDP’s decision to have another royalty review.

“They certainly brought a lot of instability and uncertainty into our marketplace. That’s the third royalty review in, I believe, eight years, and that’s certainly not something that we should be doing at a time of low oil prices.”

Jean’s visit follows former federal cabinet minister Jason Kenney, who made Grande Prairie his first stop after announcing his intention to run for the leadership of the provincial Conservative party. He says he’s campaigning with the explicit mandate of uniting the Tory and Wildrose parties. Jean says his party has been pushing the move for years, but feels the PCs turned their backs on them earlier this year.

“They overwhelmingly chose to reject us by way of a vote at the AGM and decided to go forward in isolation. My members told me a year ago that they were interested in pursuing it, and that’s why we’ve lead the conversation and we will continue to lead the conversation on consolidating Conservatives in Alberta.”

Jean was in town for a town hall, which will be followed by a meet at greet at the north end A&W Thursday morning at 8 a.m.