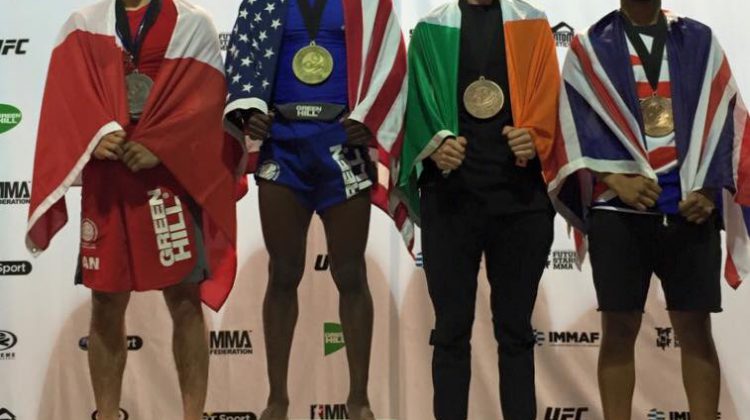 They went the distance, but it was the U.S.’s Will Starks that came out on top in the International MMA Federation World Championships welterweight final. Taking home silver is Grande Prairie’s Alex Martinez, who repeated his showing at last year’s competition. It was also Starks who beat him in a unanimous decision in 2015.

Martinez was the last Canadian standing at Worlds, but he was joined in Las Vegas by two other athletes. Jarret Vornbrock lost in a unanimous decision in the second round, but TKO’d his opponent in the first. Kyle Francotti was disqualified for a neck crank in the first round of his debut.