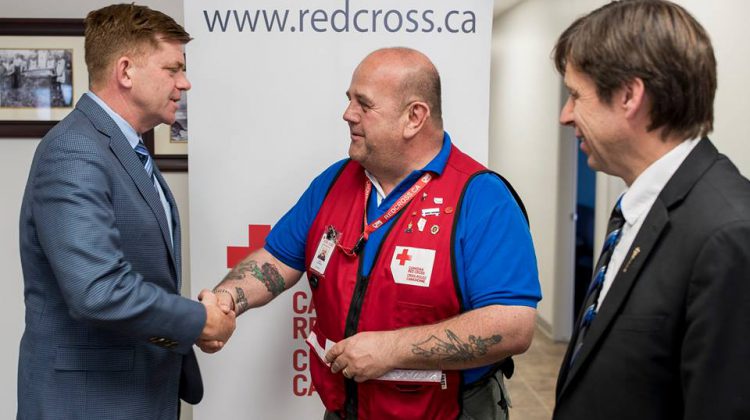 Brian Jean has two words for people in the Grande Prairie area: thank you. The Wildrose Leader made a trip to the Swan City Wednesday to thank residents for their support for Fort McMurray relief efforts, and to check on the roughly 50 evacuee families who have made their way here.

Locally, Jean says the Red Cross has been doing great work getting displaced people the supports they need, and he commends local businesses for offering discounts to help out. A Fort McMurray resident for 50 years, Jean lost his house in the fire, but he believes the city will rebuild even stronger.

Jean took the time to thank the region for their support over the past week, saying Fort Mac would do the same if it were us. The people he’s spoken to say while they’re being taken care of well in the Swan City, they want to go home more than anything. He’s disappointed a timeline for re-entry won’t be released until the end of next week.