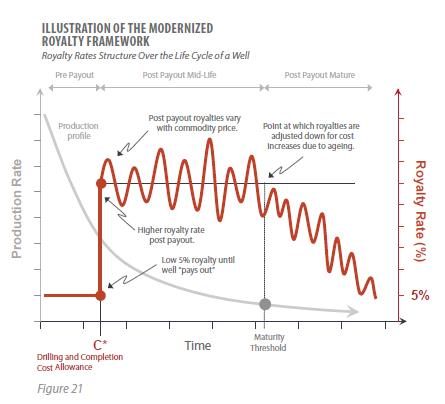 The province has released details on its simplified new oil and gas royalty framework.

Companies will pay a five per cent flat rate until revenue equals cost allowance, and then royalty rates will be anywhere between that and 40 per cent depending on energy prices. Vertical and horizontal drilling costs will go by a cost allowance index that gives preference to efficient producers.

The Canadian Association of Petroleum Producers has already gone on record as saying the new royalty regime brings greater clarity, but maintains more work is needed to attract new investment and create more jobs. The system will apply to wells drilled starting next year. Current wells will be grandfathered in for a decade.

The Royalty Review made its way through Grande Prairie last September.