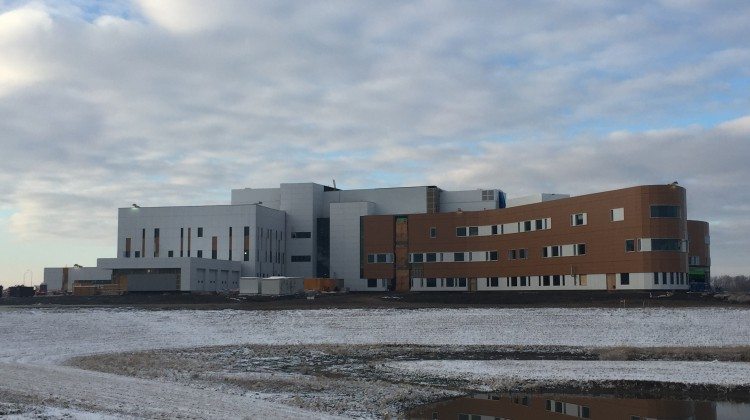 Grande Prairie – Smoky MLA Todd Loewen has again sparred with the NDP government over issues with the GP Regional Hospital. He used Wednesday’s Question Period to ask about it being delayed and over budget.

“The Grande Prairie hospital ‘fiasco’ has caused a great deal of anxiety among the citizens of the Peace country. They’re worried that the NDP can’t be trusted to get this project on track.”

Infrastructure Minister Brian Mason argued the problems stemmed from the previous government announcing the project with a price tag attached, and took issue with Loewen claiming oversight from “consecutive governments.”

“Instead of taking a careful look at what the needs were, do a business case, your design, and so on, and then announcing the project. So we’ve changed this process since coming into office; now we scope out our projects before we make a political announcement.”

The NDP announced last November that the new facility is $90 million over budget and won’t open until some time in 2019. Health Minister Sarah Hoffman maintains that she didn’t know until after she met with local MLAs and the mayor the month before.

“What I did do is as soon as I found out that there was going to be a delay, we scheduled an opportunity for me to call the MLAs and, of course, the mayor as well to tell them in person over the phone, and then afterwards we released a formal communication to the broader community. So, as soon as I found out, I made sure I communicated it publicly.”

Loewen pushed to find out if there have been any further delays or changes of budget or scope, but didn’t get a clear answer. Instead Mason said they’re working to reduce the cost as it the hospital was built, in his words, “far too big.”