The East Star Convenience Store on 100th Avenue was targeted by an armed robber last night. Around 10:45 p.m. Sunday, the suspect went into the store and demanded money from an employee, showing them a knife they had stored in a handbag.

It’s unclear what happened next, but the robber left the store through the front door empty handed and no one was hurt. They were last seen riding west on 101st Avenue on a black B-M-X-style bicycle.

The suspect is described as 5’8″ – 5’9″ with a slim build. They were wearing a grey hoodie with a red shirt and a red bandana, along with black yoga pants and white Nike running shoes. A definitive gender was not given.

Anyone with information is asked to contact RCMP or Crime Stoppers. 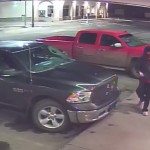 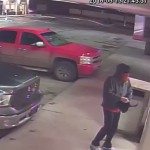 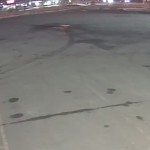