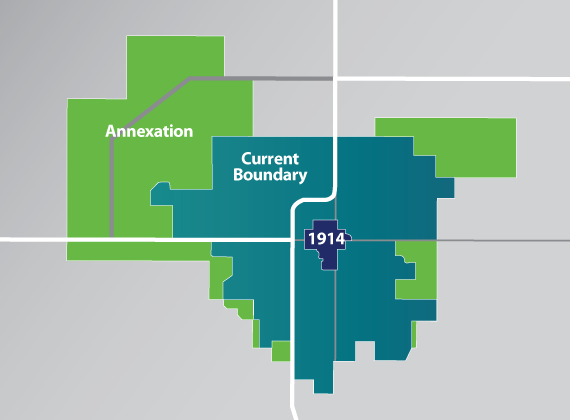 Peace Wapiti School Division doesn’t want its boundaries to change now that annexation is in effect. There are 67 families with school children in the area that was changed from the County to the City, and of the 47 that responded to a survey, none of them wanted to have them switch schools. Superintendent Sheldon Rowe says the main issues is that nothing else has changed for these residents.

If the boundaries were to change, the affected families would want to see transportation grants from the province so their students could stay at their school until graduation. Ultimately, the decision is the education minister’s, but requests for a meeting have not yet been responded to.

Rowe says that with the County saying that land should last them for another 70 years, families will wonder why they would have to suddenly go to another school.

“We’d like to see the boundaries stay as they are, and the minister has the authority and has in the past done that, in some instances, left the boundaries as they were, and he recognizes that it’s going to be years before that city takes shape or takes growth in that area, or that the city may and they can continue to be served by another public system.”

The school district made its position formal on Wednesday, and hopes to meet with the education minister soon to ask him to keep the status quo.