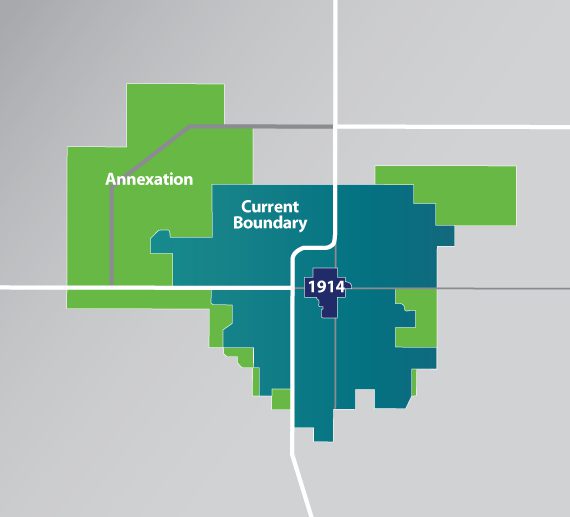 When annexation came in to effect on January first, the City gained an extra 6,316 hectares of land it committed to servicing at the same level as the County. When it comes to snow removal, Transportation Manager Robert Carroll admits there will be challenges with the size of the area.

“It’s not all concentrated and it’s not all in the northwest section of the city, but also there’s bits and pieces all around the old city boundaries. It’s not a big deal to get the big areas, but for some of these small areas it’s just about finding the most economical and efficient way to address those.”

Those rural roads will be be handled by the city, and residential areas will be contracted out as they have been for the past couple of years.

“We’re treating them as priority one and priority two roads, so there will be equipment assigned to the area and when it snows there will be an immediate response. If the snow comes, I’m confident that we can not only keep up the service in the original city boundaries, but also be able to expand to service our new city residents.”

Since the City started contracting out their residential snow removal, Carroll says they’ve seen a major drop in complaints.