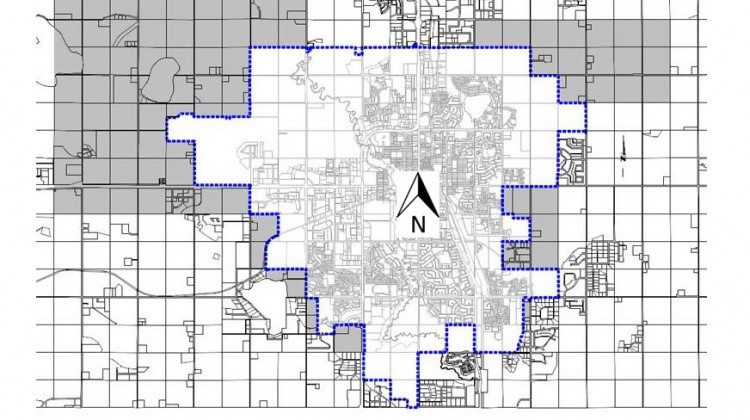 The city’s annexation of County of Grande Prairie land officially goes into effect today. 6,316 hectares of land to the northeast and northwest of the city’s previous borders has been brought in.

Most of the land is rural and undeveloped, with an estimated 700 residents affected on 300 properties. The area immediately goes under the RCMP and fire department’s service area and will receive city services like snow clearing.

The land is assessed at $1.47 million dollars, which the City will pay back to the County in full next year. The amount of property taxes returned will be phased out by 20 per cent a year.

Students at Harry Balfour and Peace Wapiti Academy won’t be affected until after the end of the school year, and Peace Wapiti School Division is still waiting to hear from the Education Minister on his plans.
Tags: annexationCounty