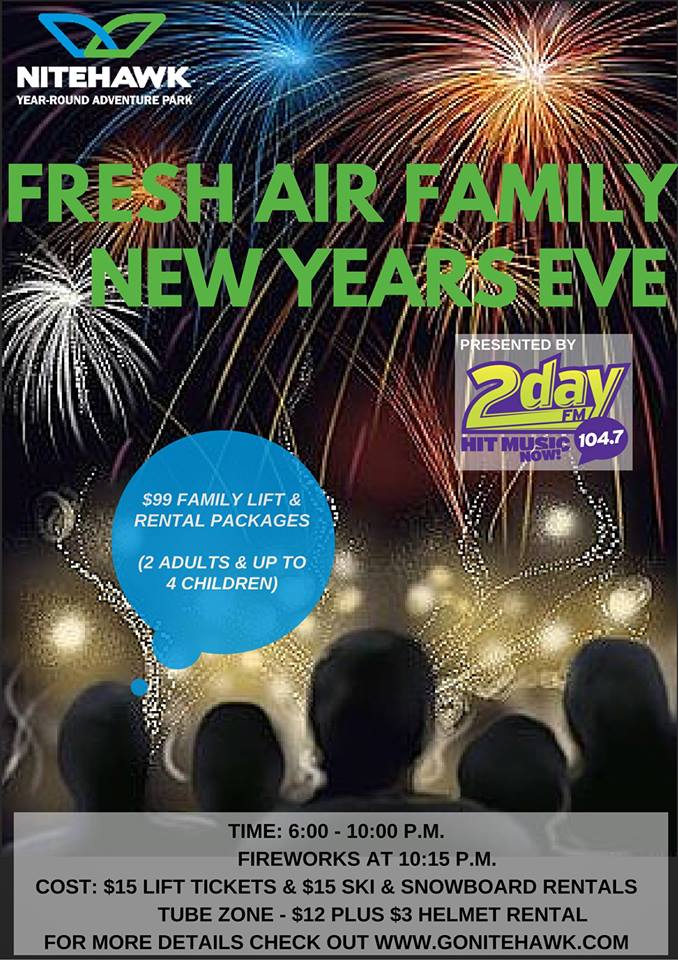 Nitehawk Year-Round Adventure Park has big plans for New Year’s Eve. The ski hill has teamed up with 2day FM for the 4th annual Fresh Air Family event is set for tonight from 6 to 10 p.m. Assistant General Manager Johnathan Clarkson says there’s something for everyone in the family.

“Bring out the kids right from as young as two years old. WE’re going to have a movie room set up in the back of our cafeteria for the younger kids and we’ll have $15 ski lift passes, $15 ski and snowboard rentals. If you’re not a skier or boarder we’ve got the Aquatera Tube Zone, which will be open.”

The popular event will also include dog sled and horse sleigh rides and apple cider and s’mores around a bonfire, wrapping up with a fireworks display at 10:15.

“Finishing things off at 10 o’clock, it allows people to get to any other New Year’s Eve functions that they might be going to and gets the kids out so that they’re not having to stay up to midnight to wait to watch the fireworks. Two years ago I think we were the only fireworks in the city because of high wind advisories.”

The forecast is calling for warmer temperatures around minus 2 or 3 degrees. The hill has had a busy holiday season already with roughly 800 people coming through Sunday and Monday.