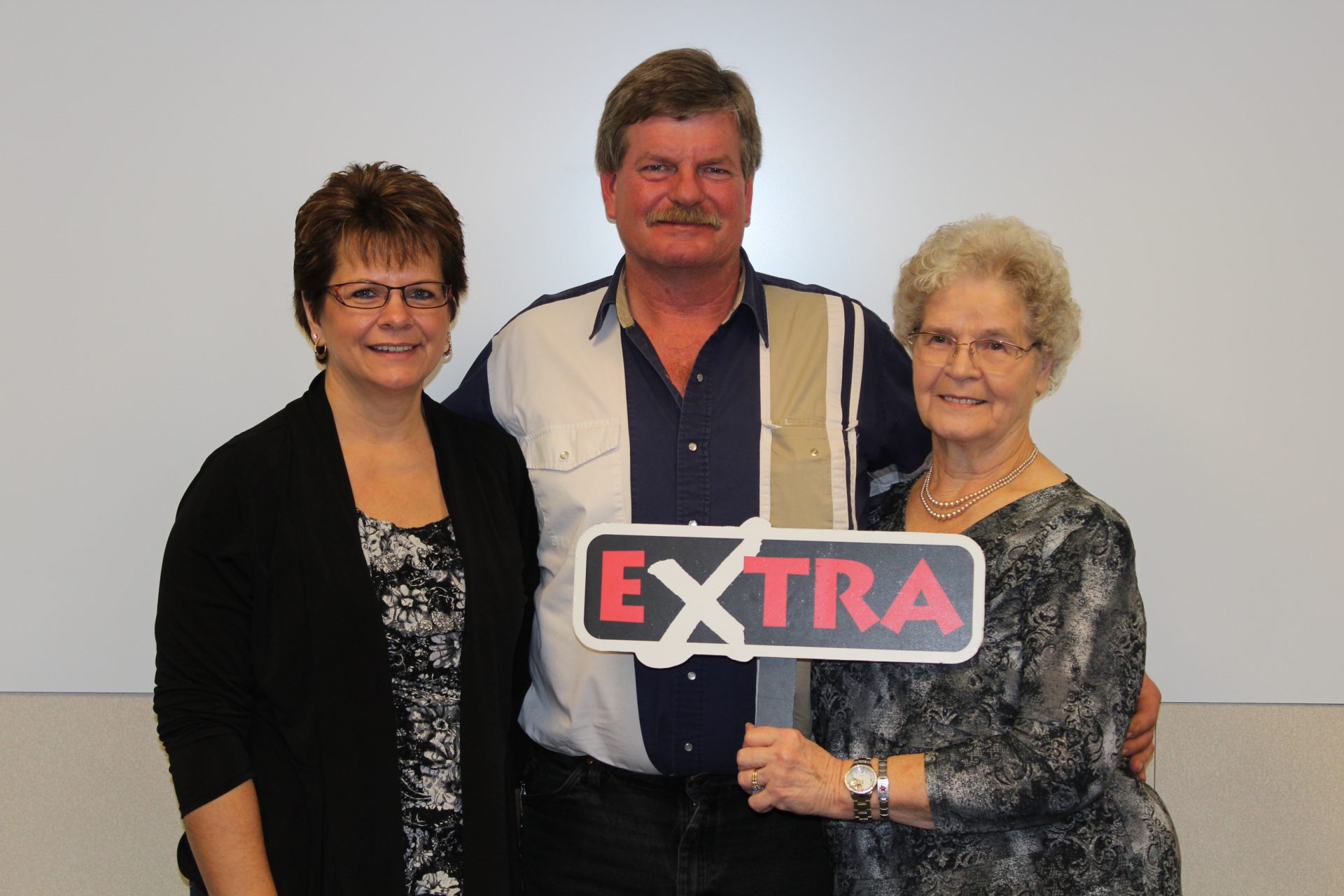 Yet another Grande Prairie family is 100-thousand dollars richer. Carol Steinke buys LOTTO MAX tickets with her son and daughter in law, and says she was shocked to find out they won $100,000 on the September 25th EXTRA draw.

“I used the self-checker and had the retailer confirm the win for me. I could not believe that we won that much money.”

The trio have been pooling for years, but they’re divided on what to do with their winnings. Carol plans to buy and SUV, but Chip and Terry Steinke are putting their share in the banks.

The winning ticket was bought at Freson Bros. North. Also from Grande Prairie, Loretta and Oscar Mueller won $100,000 on the October 23rd LOTTO Extra draw and Andrew Stuart lucked out on the September 2nd draw for the same amount.