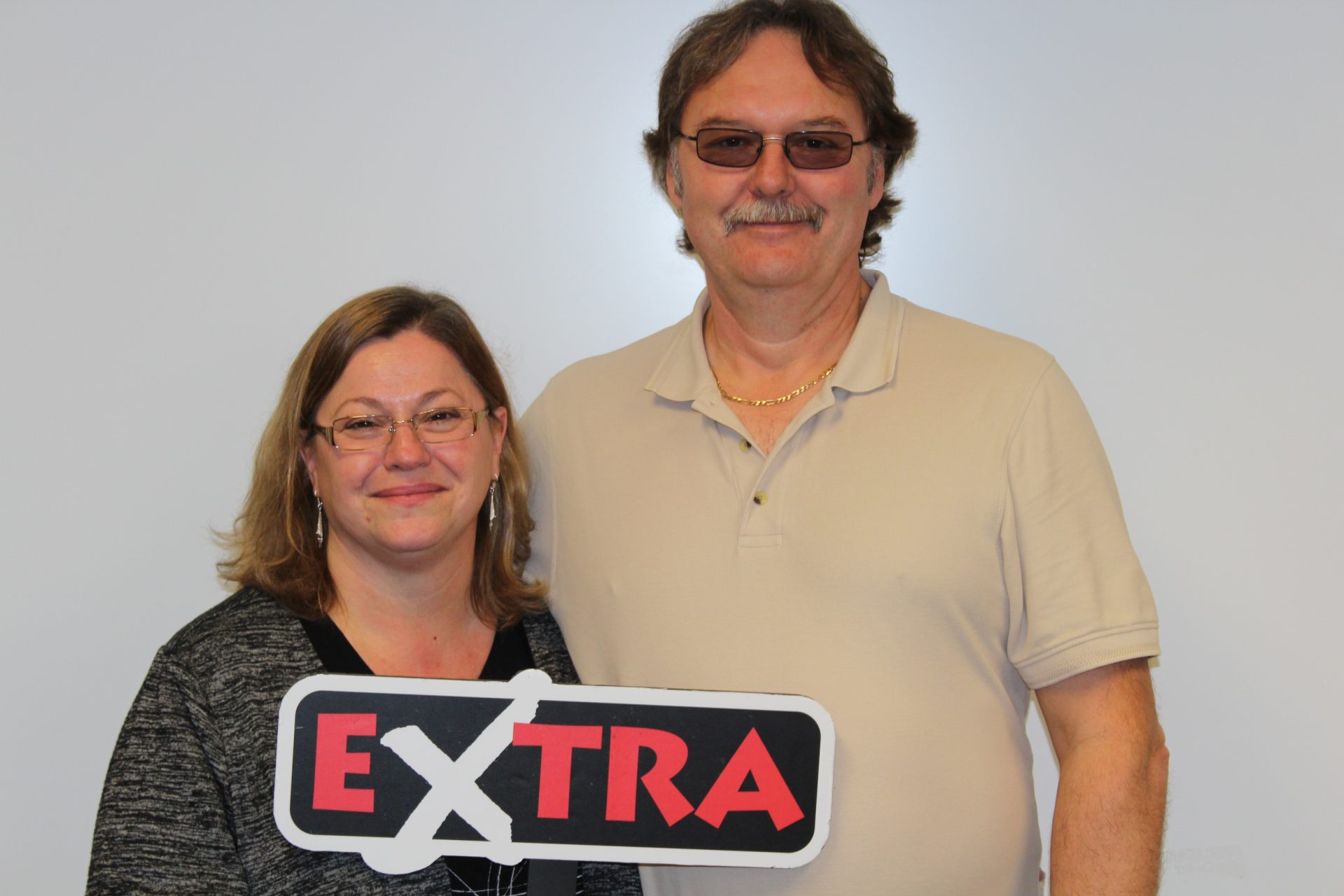 A local couple will be celebrating their 25th wedding anniversary in style, after winning $100,000 dollars in the October 23rd Lotto EXTRA Draw.

The winning ticket was bought at Al’s News in Grande Prairie, and Loretta Mueller says it was the last one she scanned after the draw. She was so excited when she realized it was a winner, she dropped it, but quickly picked it up and called her husband Oscar.

The pair plan on taking their time to decide what to do with their winnings, but a special trip to Jasper for their silver anniversary is already in the works.