RCMP searching for would be ATM theives 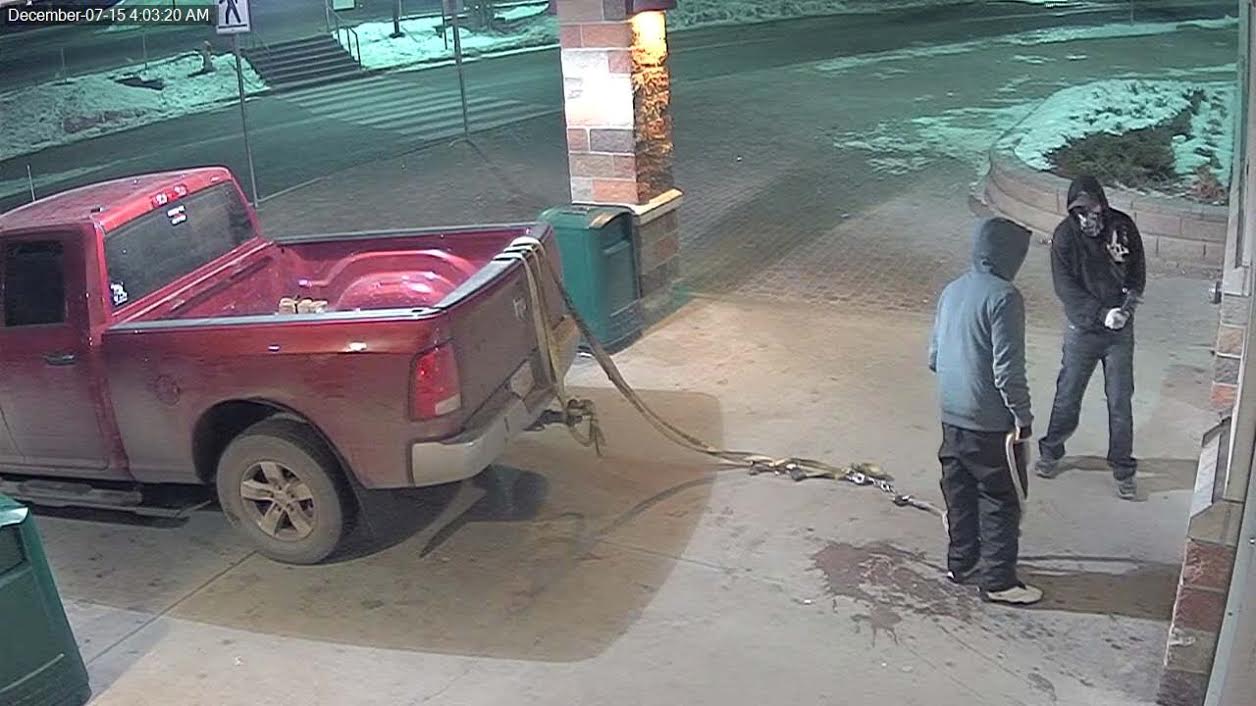 Two men broke into the Coca Cola Centre early Monday morning in Grande Prairie and RMCP are looking for help in identifying them.

Police say in a surveillance video the two men can be seen getting out of the back seat of a maroon Dodge pickup truck. They then broke a window in the building and tied a rope to the back of the truck and around an ATM inside the building. When the truck drove away the rope snapped, and the ATM was left behind.

The first suspect has a thin build and was wearing a mask with skull markings on it, dark jeans, grey sneakers, a black ball cap, and a black ‘Metal Mulisha’ sweater with the hood up. The second man, also with a thin build, was wearing a black and white mask or bandana, a grey hoodie with the hood up, a black ball cap, black pants, and white sneakers.

Police say a third suspect that looks like a Caucasian male was driving the maroon 2014 Dodge RAM that had a possible licence plate of BDJ 4680. It’s believed the truck was stolen from a rural area over the weekend.

Anyone who may have information on the break in, the suspects, or the vehicle is asked to contact local RCMP or Crime Stoppers.