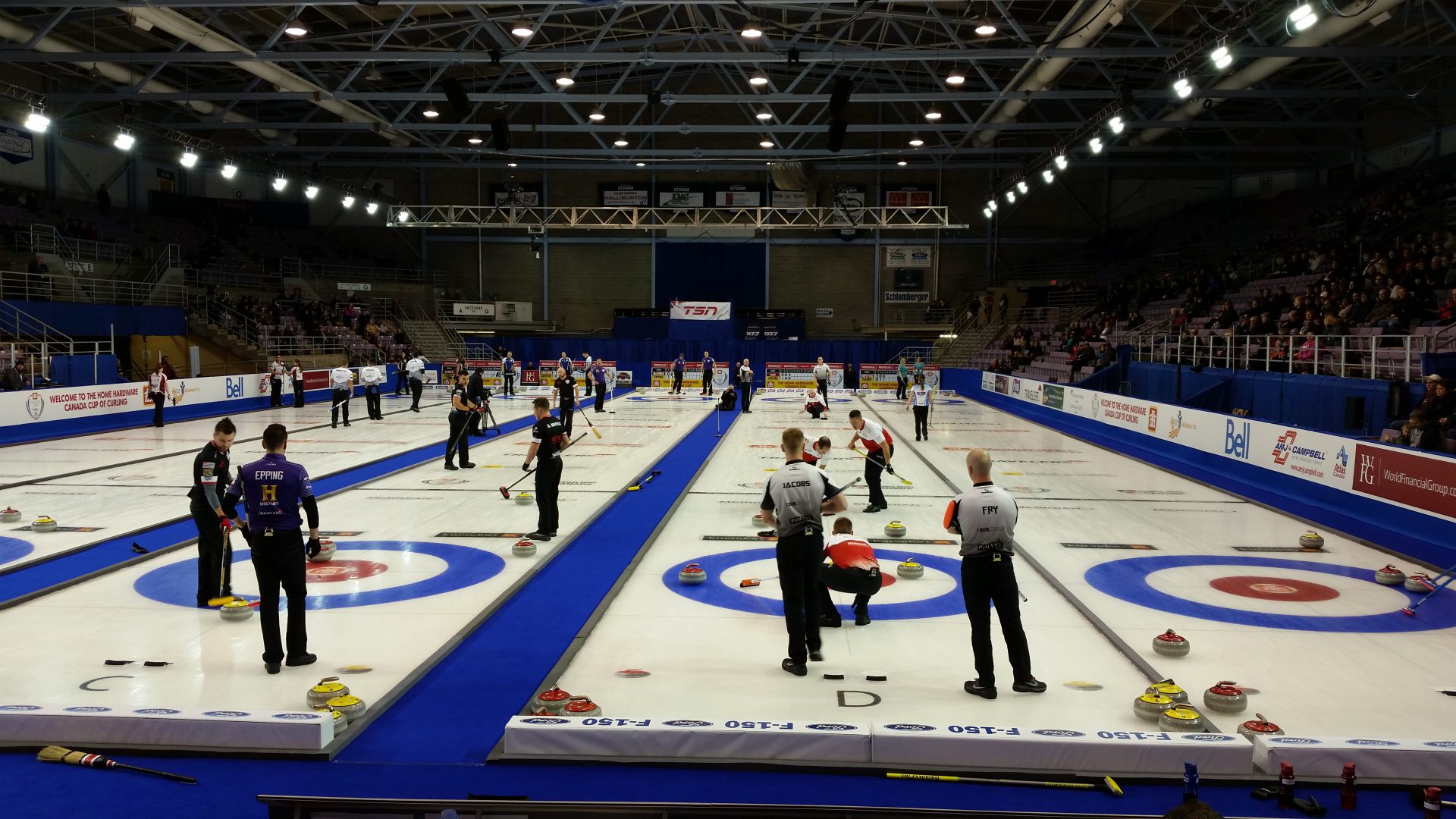 Day one of the Home Hardware Canada Cup is in the books. Draw three saw two other teams join Sherry Middaugh in the 2-0 club.

Kevin Koe, who lived in Grande Prairie up until four years ago, beat 2014 Olympic winner Brad Jacobs 7 – 6 to put himself in first place. Koe says he was happy to see his team start off the competition with consistency.

“We didn’t have many bad throws, we’ve got a good handle on the ice and the weights, and you know we’re close on everything. Even when we miss, we’re in the neighborhood.”

Ottawa’s Rachel Homan delivered a double takeout, scoring two in the 10th end against reigning Olympic champion Jennifer Jones to put herself in the same position.

“That was a tough game, it was a battle both ways. There was lots of big misses and lots of big shots too, so we were thankful to get out of that with a win. And Jen’s team pulled so well.”

Beaverlodge’s Geoff Walker and Team Gushue are now the only 0 and 2 men’s team after a loss to Reid Carruthers. Mike McEwen, who was the 2014 Canada Cup of Curling champ, had mixed results yesterday. He started the day with a 7-3 loss to the Pat Simmons rink, but came back for a 9-6 win over John Epping.

“I was a bit off but the guys made a lot of shots in front of me and made the right ones. Still trying to feel comfortable out there, and getting there.”

That tied MacEwan and Laycock, along with Simmons at 1 and 1.

Alberta’s Val Sweeting bounced back from her morning loss to beat Tracy Fleury, leaving them without as loss like Jones. Rocque and McDonald also sit at 1 and 1.

Day two starts with draw 4 at 8:30 at Revolution Place.

Boil water advisory issued due to water leak in Rycroft