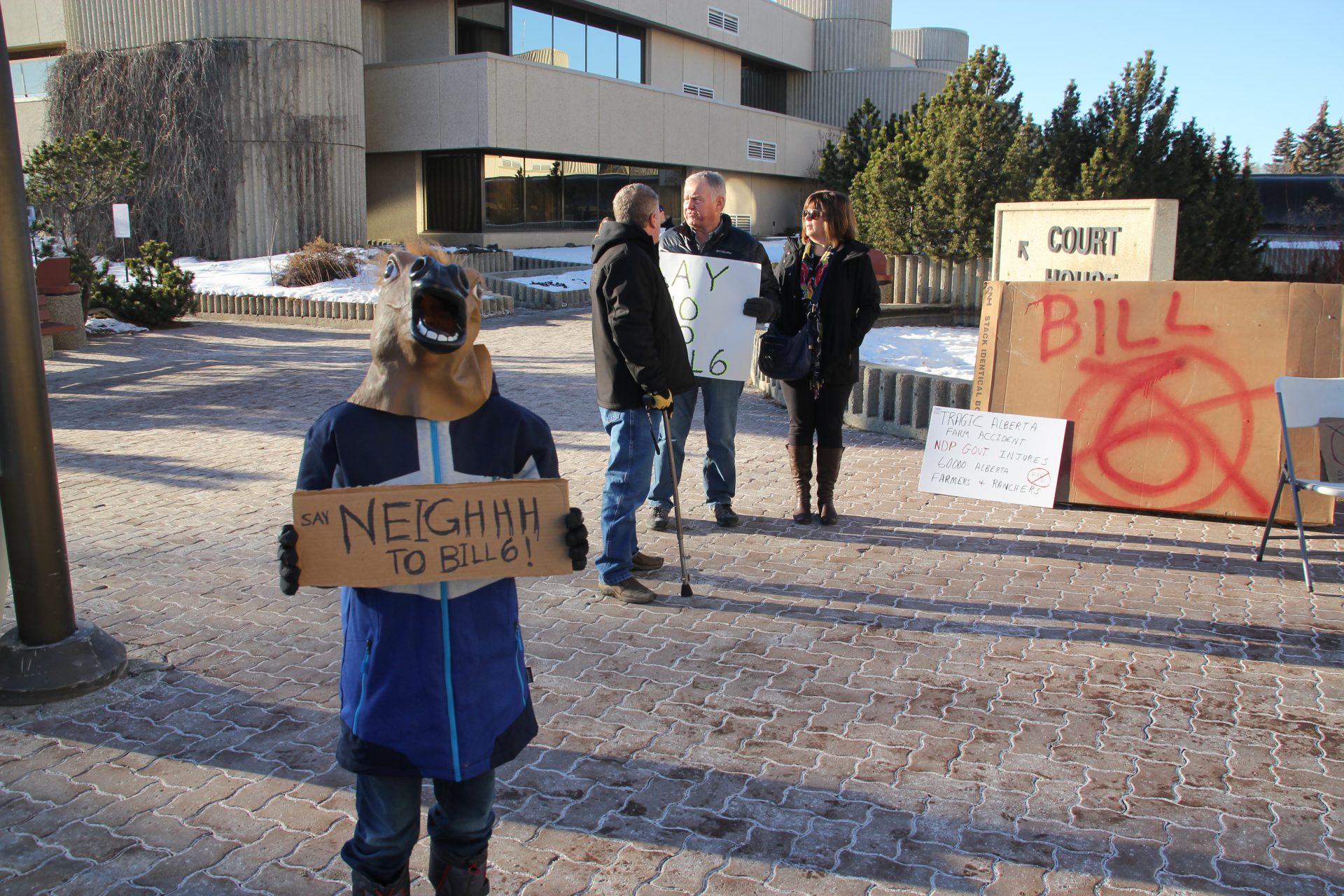 The Alberta NDP will be making amendments to Bill 6 to clarify that children and neighbours will still be able to help out on family farms. Since the legislation was introduced, that has been one of the main concerns of local farmers. Minister of Jobs, Skills, Training and Labour Lori Sigurdson says she’s partly to blame for the confusion.

“I just want to take responsibility as a minister for some of the miscommunication regarding that, but that was never our intent; our intent is to make sure that paid workers on farms and ranches are safe and treated fairly, preserving the farm life that’s just part of our culture here in Alberta.”

While the regulations aren’t set to be finalized for another year, Sigurdson says it’s been made obvious that people want to know for certain their way of life won’t be changed.

“The regulations that don’t come out until 2017 are sort of going to have all of the specifics, which would have made that very clear, but we’ve heard loud and clear that people want that in an amendment in the bill. They don’t want to wait for those regulations for a year and we hear that and we appreciate that.”

Those amendments to the proposed Enhanced Protection for Farm and Ranch Workers Act should be coming in the next few days to clarify that children and neighbours will still be able to help out on the farm. They should also include information detailing how people can opt in to coverage in certain situations.

Sigurdson says there will also be two ministers at the rest of the town hall meetings, after complaints that there were no NDP reps at the first on in Grande Prairie last week. She also clarified Finance Minister Joe Ceci’s comment made last Friday in Grande Prairie, confirming that the former PC government did its own consultations on farm and ranch workplace legislation, but there wasn’t a “political will” at the time. She says they simply built on that work.