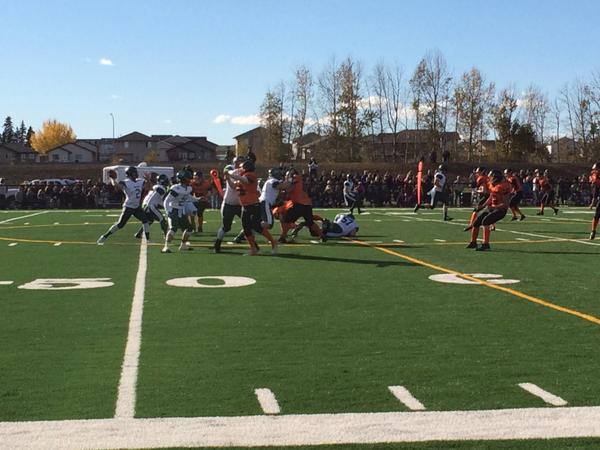 The St. Joe’s Celtics will be looking to defend their Alberta Bowl title this weekend. The number one ranked tier II team in the province will be taking on the number four ranked Foothill Falcons for the provincial title in Edmonton. Despite going undefeated for the last 30 games, head coach Trevor Prichard says it will be a tough game.

“They’ve been kind of the flagship for tier II for a couple decades now, and they seem to always be in the finals or they’re the champions. We’re new to this, and even though we’re the defending champions, they’re not new to being in that situation, so it’s going to be a good game.”

Win or lose, Prichard says they’ve had a remarkable season, and expects the team to continue at this level for a few more years.

“We have quite a few young kids that took over positions from the grade 12s that left last year, and that’s kind of cool when you have grade 10s that can step up. It bodes well for the future, but at the same time, it says that Grande Prairie football has good athletes that are learning football at the younger levels and are able to step in to senior programs.”

Kickoff is 2:30 p.m. Saturday at Foote Field in Edmonton. The game can be streamed online here.