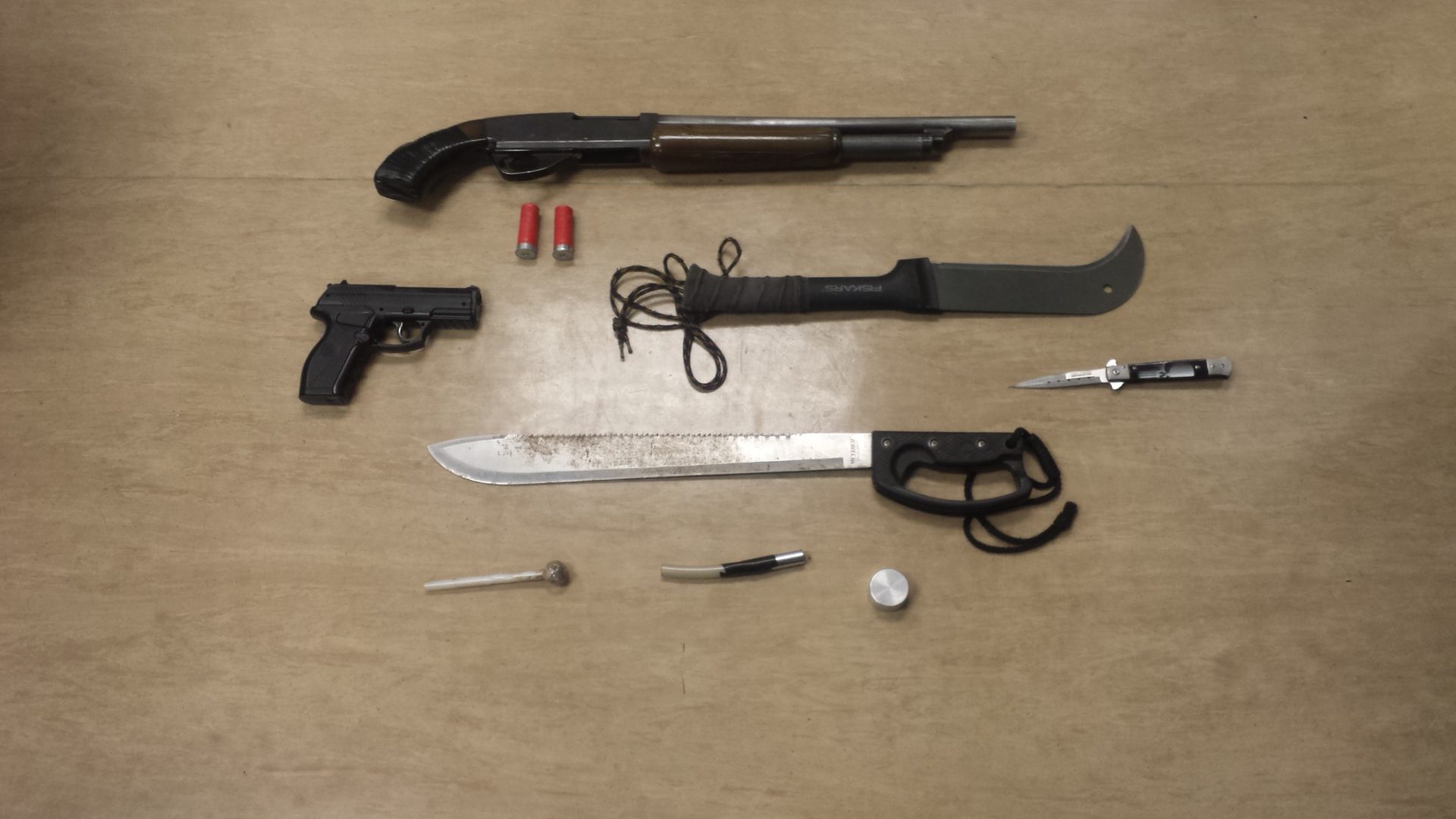 A traffic stop in Grimshaw has led to the arrest of four people and the seizure of several weapons. A vehicle was pulled over Tuesday night for a traffic violation.

At first, a passenger was arrested for something unrelated, but then officers found a sawed off shot gun between the seat and the door. Everyone else in the vehicle was arrested, and a further search turned up two machetes and a black BB gun that looked like a hand gun, as well as what looks like drug paraphernalia.

Multiple weapons offences have been laid against the group, along with charges of failing to comply with conditions.