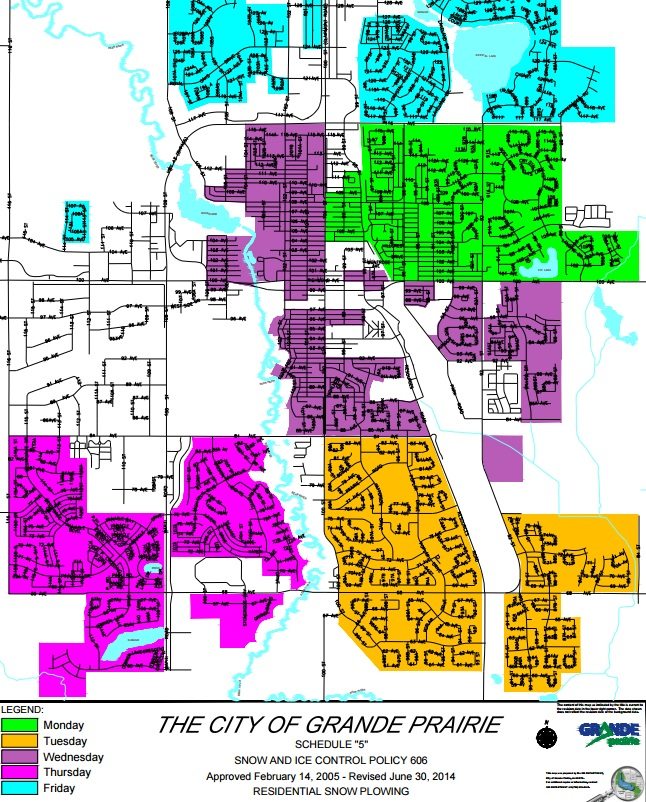 Like last year, crews will come around the day before you’re scheduled to have garbage pick up. They’ll be working from 8 a.m. until 5 p.m. in the hopes of getting 80 per cent of Grande Prairie cleared this week. Anyone missed this round will see plows next week.

Elderly residents or people who aren’t physically able to shovel can sign up to have the City clear their driveway windrow.