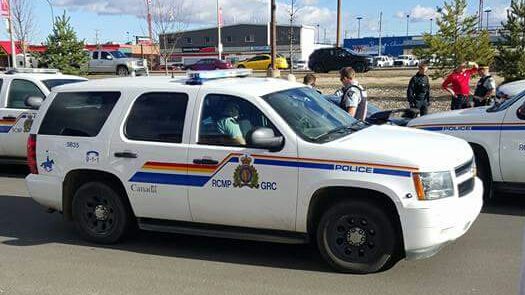 A Fort McMurray man is RCMP custody after ramming two police cruisers in Grande Prairie earlier today. The driver was spotted at the Mac’s Convenience Store on 92 Street around 1:30 p.m.

As he left the shop he spotted officers and ran back to his vehicle. When police tried to pull him over he reversed into the police vehicle and drove off.

After a short chase, he hit another RCMP SUV and stopped. John David Tustin was arrested at the scene as he was already wanted on several outstanding warrants.

Other charges from today’s incident are pending. Neither the suspect nor police were hurt.