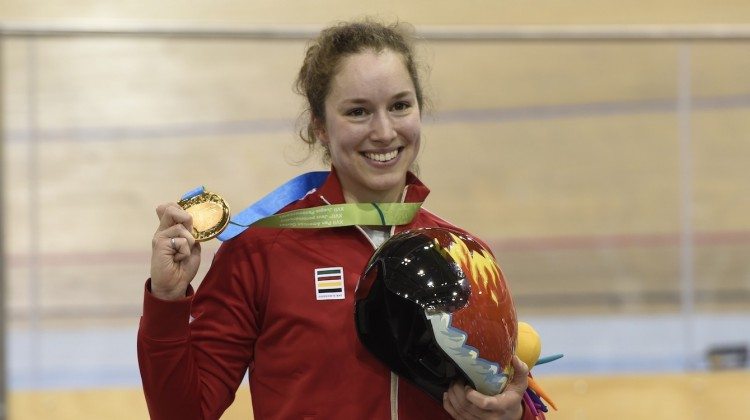 Four Peace region schools will again be taking part in Encana’s Classroom Champions program, connecting them with Canadian athletes. Youth at Beaverlodge Elementary, Helen E. Taylor, Hythe Regional and Harry Balfour Schools will be mentored by Monique Sullivan, a national champion track cyclist. It’s her first time as a mentor, but she says she’s been interested for the past few years.

“I just really like the idea that we get paired with classrooms for the whole year. Usually you go into a school just for one talk and you sort of talk at the kids, so there’s sort of this barrier between you and the students. This way we sort of get to communicate a bit better; it goes back and forth.”

Through video lessons and live chats, Sullivan hopes to help the students set goals and achieve them through skills like critical thinking and curiosity.

“When I was a kid and I would see other athletes on TV at the Olympics, it looks so insurmountable to get from where I was, so I just hope that I start to show them that those are just ordinary people achieving really great things because they followed a few different steps and they really poured their heart and souls into it.”

Sullivan also believes she’ll benefit from the program as she builds herself up for the world cup circuits, which start in November. She recently became the first Canadian cyclist to win three golf medals at the Pan Am games.