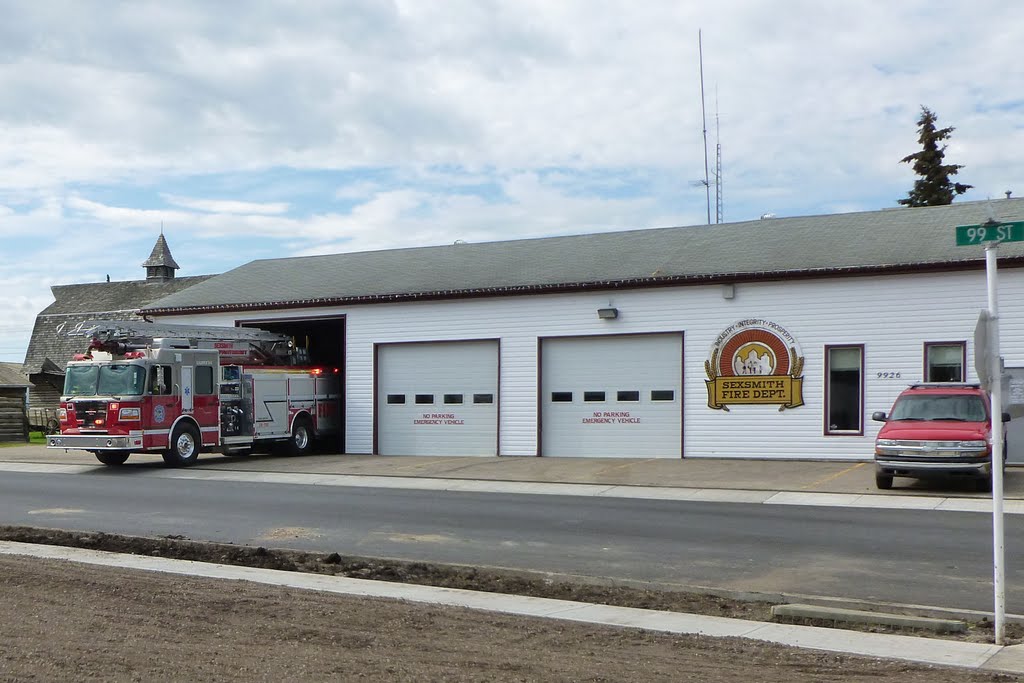 The Town of Sexsmith is in desperate need of a new fire hall, which will now be built with the help of the County of Grande Prairie. It’s agreed to fund $500,000 of the estimated $1 million project. Sexsmith Mayor Claude Legace says their partnership is key to getting a new hall as soon as possible.

“For us it’s really good because we had planned for a new fire hall but not until 2018 so this moves it ahead a couple years. It’s in dire straits that we need one right now.”

The design needs to be finalized, but the plan is now to have construction start in spring 2016. As the current hall doesn’t have room to grow, the new one will be located on 95th Avenue next to the Gibson Energy facility, who donated the land to the town. That space will have enough room for more engines, new equipment, and a training area.

The rest of the funding will come from the Town’s budget, although they plan to apply for grants. Sexsmith recently renewed its contract with the County’s Regional Fire Service for another five years under its Chief and Deputy Chief.