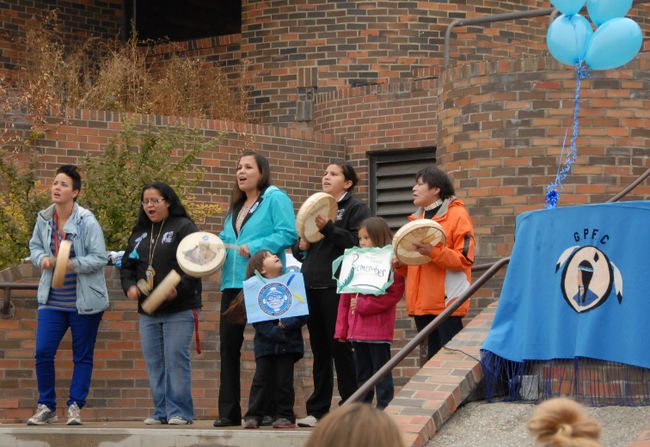 This Sunday, Grande Prairie will join communities across Canada in honouring the lives of missing and murdered Aboriginal women and girls. Friendship Centre Executive Director Kelly Benning says this is an opportunity for residents of any background to play an active role in ending violence.

“Murdered and missing indigenous women is a Canadian issue; it’s not an Aboriginal issue. There’s been three cases in court in Grande Prairie this year – two in the last two weeks. As a society, we really need to step forward and make changes. I believe that the citizens of Grande Prairie care.”

Benning’s hope is that the families of those women, and families who are afraid their women will become a victim, feel supported, respected and cared about by the community. She adds she wishes violence against Aboriginal women would be an election issue.

“I would really like to hear anybody’s platform on what are they planning to do; what do they see as steps moving forward? There’s so much systemic racism that quite often things happen that people don’t realize they’re feeding into.”

Hosted with the GPRC Circle of Aboriginal Students, the October 4th Sisters in Spirit vigil will start with a showing of the documentary “Highway of Tears” in GPRC’s Collins Recital Hall at 12:30 p.m., followed by a walk to the Friendship Centre starting at 2:30. A candlelight vigil will be held there, followed by stew and bannock and a round dance.