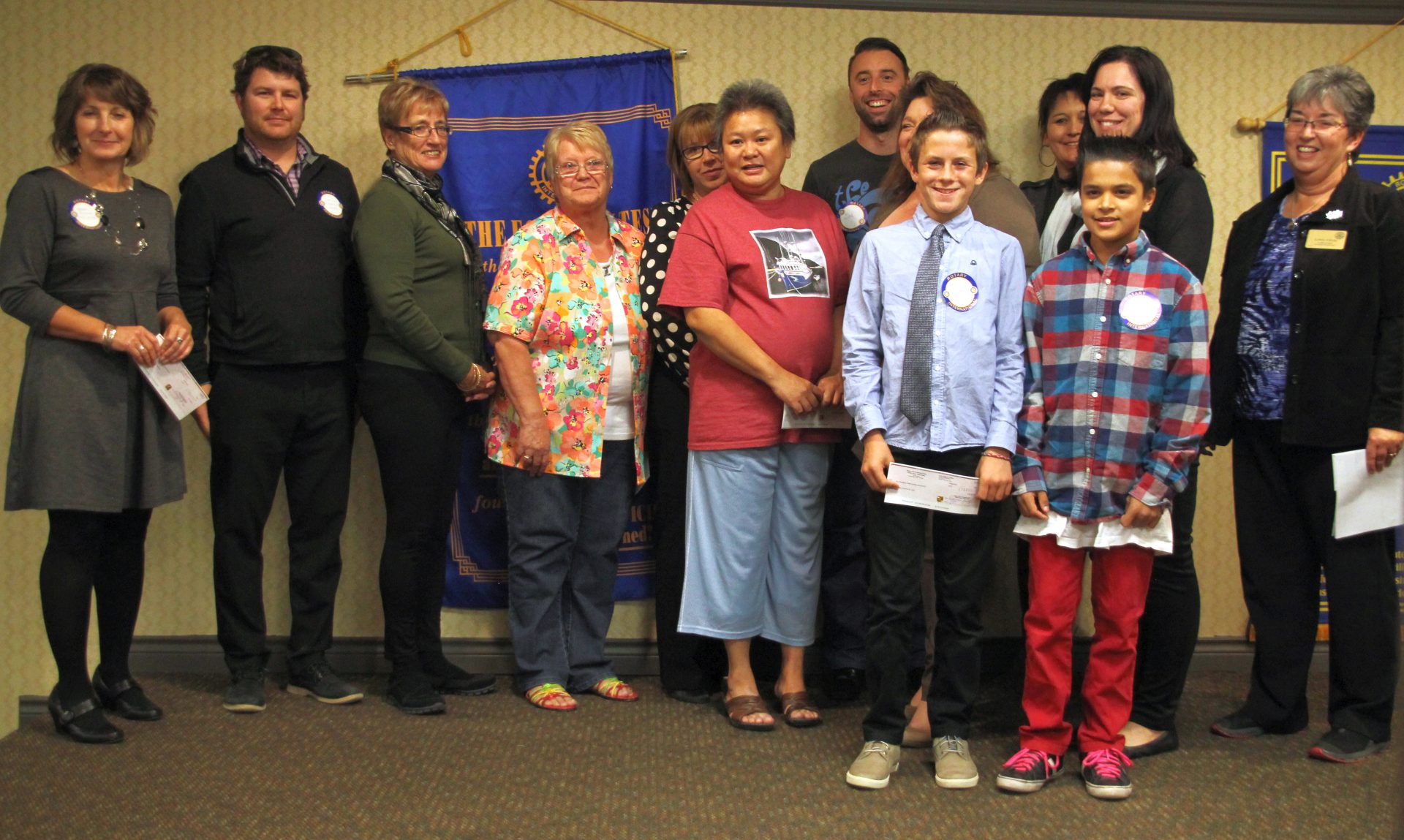 More than $325,000 dollars has been handed out to local groups involved with last year’s Rotary Dream Home. Several organizations helped sell tickets, earning them a chunk of the proceeds.

Larger cheques went to bigger community projects like building a new playground at Mother Theresa Catholic School. $10,000 will help buy new equipment for the school, which originally housed 400 students but has grown to 700. The Grande Prairie Curling Centre also received $60,000, which will go towards on ice cameras so spectators can get closer to the action.

Rotary has sponsored a travelling exhibit at the Philip J. Currie Dinosaur Room with $100,000. President and CEO George Jacob says they’ll bring in four a year, and are working to build their own exhibit to send abroad. Another $32,000 went to Camp Tamarack for the purchase of two furnaces and other upgrades. The QEII Hospital Foundation has received $50,000, as part of a five year deal.

The 2015 Dream Home sold out for the third year in a row.