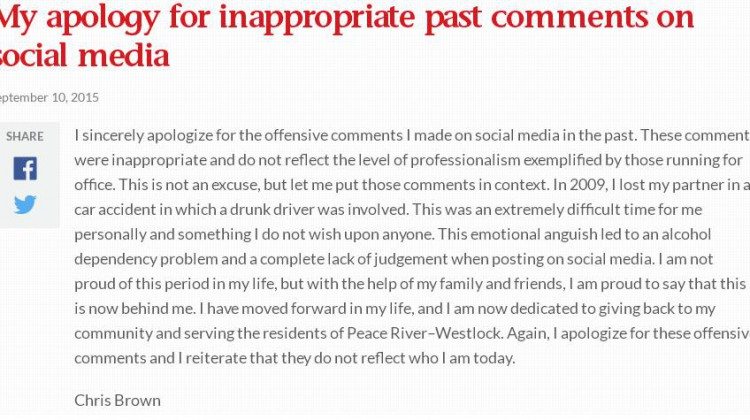 The Liberal candidate in Peace River-Westlock is in hot water over inappropriate comments made about women on his Twitter account.

Chris Brown issued a statement Thursday apologizing for profanity-laced tweets made in 2009, after his partner died in an accident that involved a drunk driver. Brown says it was a difficult time for him and led to a problem with alcohol and lack of judgement using social media.

When asked about the remarks, Liberal Leader Justin Trudeau says he’ll be speaking with the candidate, who is also the communication coordinator for the Town of Slave Lake.