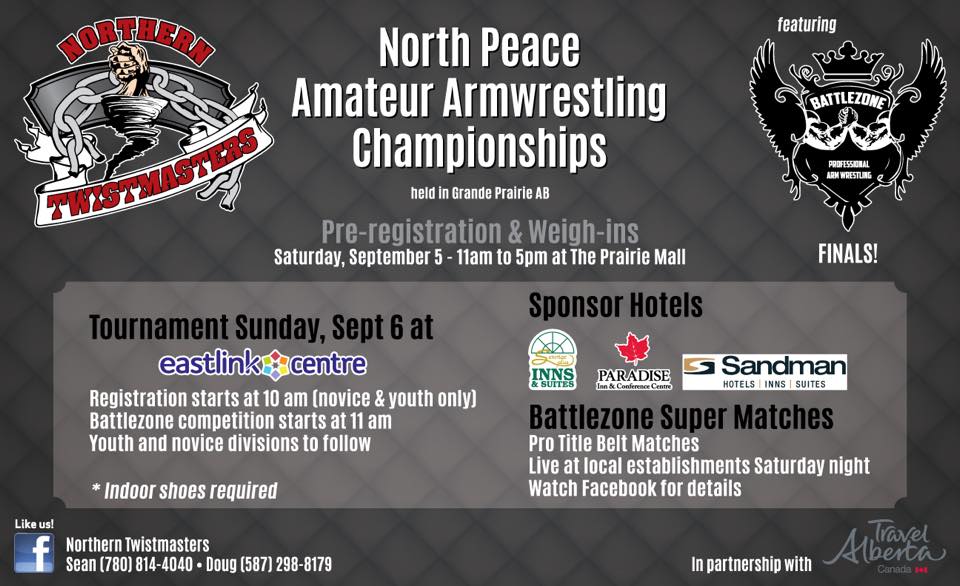 Grande Prairie’s own Marc Guay will be defending both his championship arm wrestling titles this weekend. Before the Northern Twistmasters Club hosts the North Peace Armwrestling Championships and Battlezone finals at the Eastlink Centre Sunday, three best-of-five matches will be held at Tractor Jacks.

Current belt holders will be challenged by the winners of the last Battlezone tournament. Guay hold two of those, both left and right arm in the super heavyweight division.

The next day arm wrestlers of all ages, genders, and skill level will weigh in at 10 a.m. and start pulling at 11.