Recent earthquake in northeast B.C. not yet linked to fracking 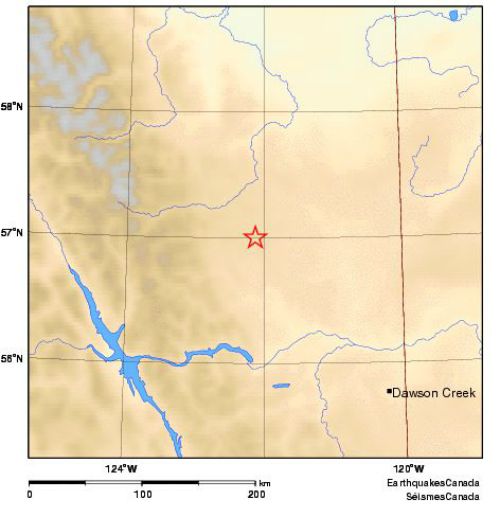 Last week’s earthquake near Fort St. John has not yet been officially connected to fracking activities. A 4.6 magnitude quake hit just over 100 kilometres northwest of the city on August 17th, prompting Progress Energy to stop operations at its site nearby.

However, spokesperson Dave Sterna says the cause has not yet been determined. Progress was also linked to a 4.4 magnitude earthquake last August that was felt in northeastern B.C. It was the biggest in that province that has been attributed to hydraulic fracturing.

A report from the B-C Oil and Gas Commission found that more than 230 seismic events were caused by oil and gas activities in the Montney region between August 2013 and October 2014.