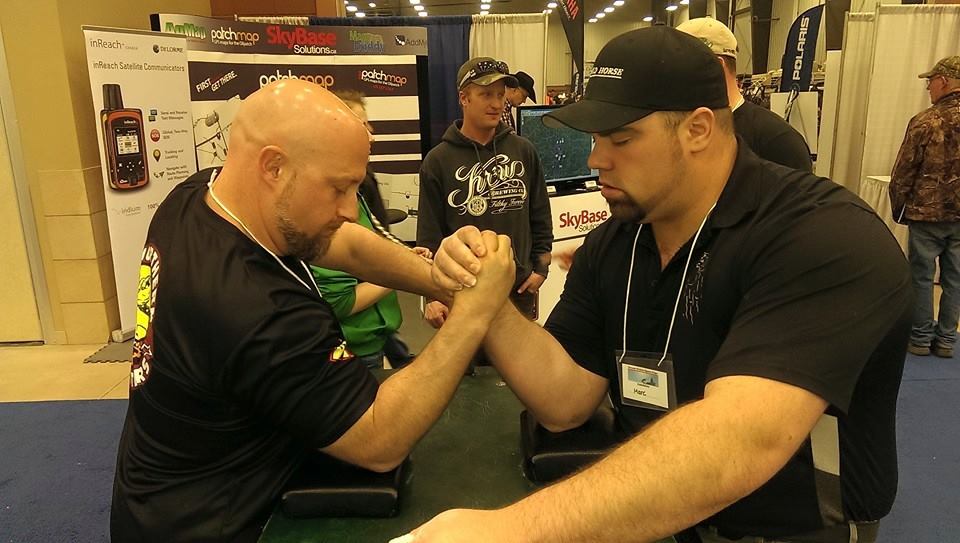 It’s been more than a decade since Grande Prairie hosted a Pro-Am armwrestling tournament, but the wait is over. The Northern Twistmasters will be welcoming competitors from all over Alberta and northeastern B.C. to the Eastlink Centre on September 6th. Secretary Treasurer Sean McCallum says they’ll also be hosting the Battlezone Final Pro Tournament at the same time, which will be a great opportunity for newcomers to learn more about the sport.

“The pros are very approachable in the sport; it’s a good culture. There’s a lot of sportsmanship involved; one competitor won’t watch another competitor do something that’s going to hurt their performance or hurt themselves.”

McCallum says they’re honoured to be playing host, after travelling to so many tournaments as a club.
The sport of armwrestling has been growing in Grande Prairie, and McCallum hopes it’ll raise the sport’s profile even more.

“”It’s a sport where you test yourself, you test your skill; it’s one of the fastest sports in the world in that a match can take a fraction of a second or it can be a war that lasts 10 minutes. It’s a true test of one’s own skill and expertise; you’ve got to learn the technique before you can learn the power.”

Registration and weigh ins for both tourneys will be done on September 5th, followed by a set of “super matches” between pros with titles to defend. 50 pros are expected, with another 50 to 100 expected in the amateur comp.