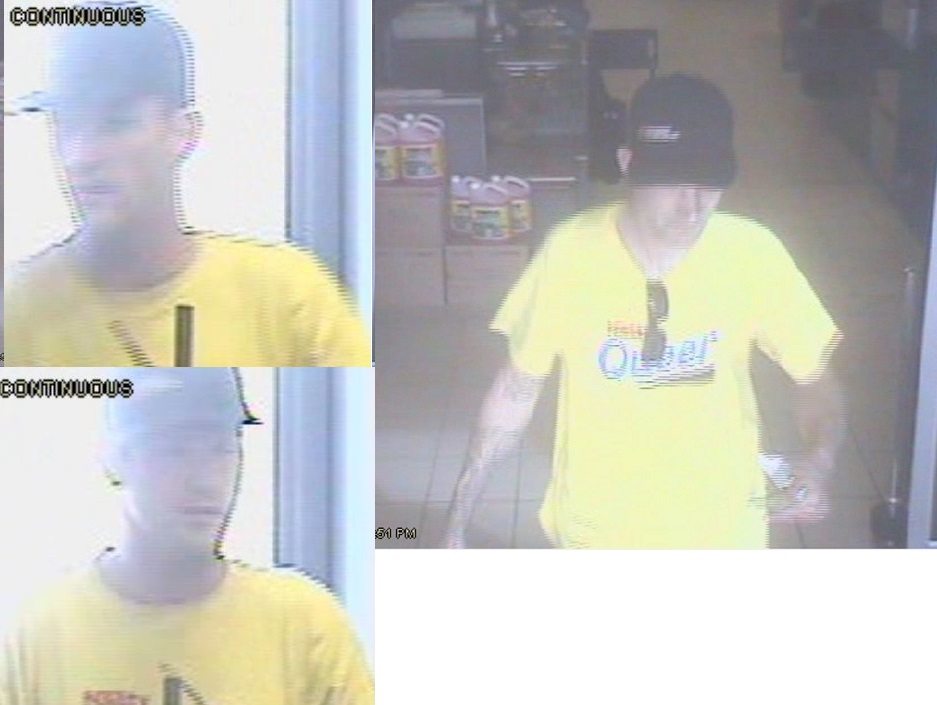 RCMP are looking for the public’s help in identifying a suspect that was involved in an ATM theft in late July.

Police say a stolen truck was used to break into a business and steal an ATM on July 29. The vehicle has since been found in BC and police have surveillance footage of the suspect but need help identifying him.

In the surveillance images the man is wearing a yellow t-shirt and a black ball cap with visible tattoos on his right arm. Anyone with information regarding the theft of the ATM or the suspect is asked to contact the local RCMP detachment or Crimestoppers.