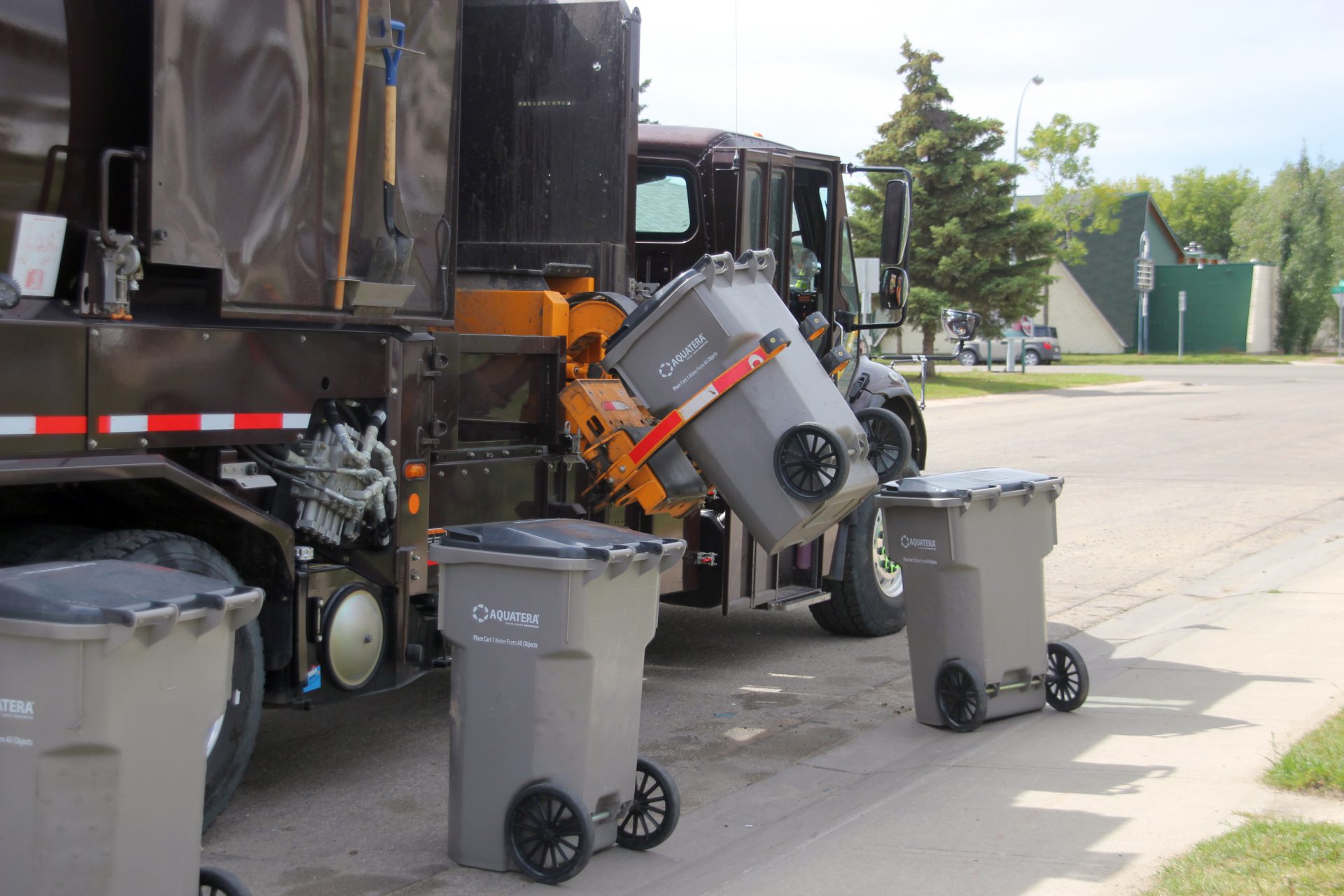 Grande Prairie residents who live in multi-family units and mobile homes can now get curbside garbage pickup. Aquatera and Prairie Disposal have been trying out the service on a trial basis. Previously, the owners of buildings provided dumpsters, but Peace Officer Sergeant Gord McMahon says there were four-plexes enforcement services was visiting for complaints multiple times a month.

“People that are putting those oversized items, the illegal dumping, which basically causes a real problems for the property managers, and then we’ve got people dumping things in there that obviously shouldn’t be dumped in there like hazardous waste like car batteries and motor oil and those type of things that have no business being in those bins.”

Enforcement services has since seen less illegal dumping, and have responded to less calls for overflowing dumpsters. Property Manager Jackie Pfau adds she’s had problems with excessive garbage buildup and people breaking locks to use dumpsters, but the bins have helped.

“Certainly we’ve had less complaints with garbage and stuff around the units. As well, there’s less cost to the owners for additional garbage pickups and maintenance to clean up stuff around the garbage can. It’s certainly reduced the cost and the look of the property has improved as a result.”

The pilot project has been run since April 2014, but was put on hold last November due to a lack of carts. Now that Aquatera has teamed up with Prairie Disposal, Recycling Manager Amy Horne says they’re ready to make it available to the rest of the city.

“I wanted to do it in all seasons and environments before we actually rolled it out to the rest of the community that has four-plexes and up. It seemed to work very well; they were able to accommodate the snow and the ice. The property managers and tenants were eager to have this in place.”